Isidre Enrich presents 12 flowers using a vocabulary capable of amazing our way of looking. Their apparent ease and simplicity is translated into an exercise full of inspiration. He proposes simple, reduced, elementary shapes; simple flowers represented without any objectivity; all personal and an exercise by themselves. a powerful individuality capable of transforming the viewer’s perspective and being the trigger for self-consciousness. An organic and naive gesture capable of activating the space. 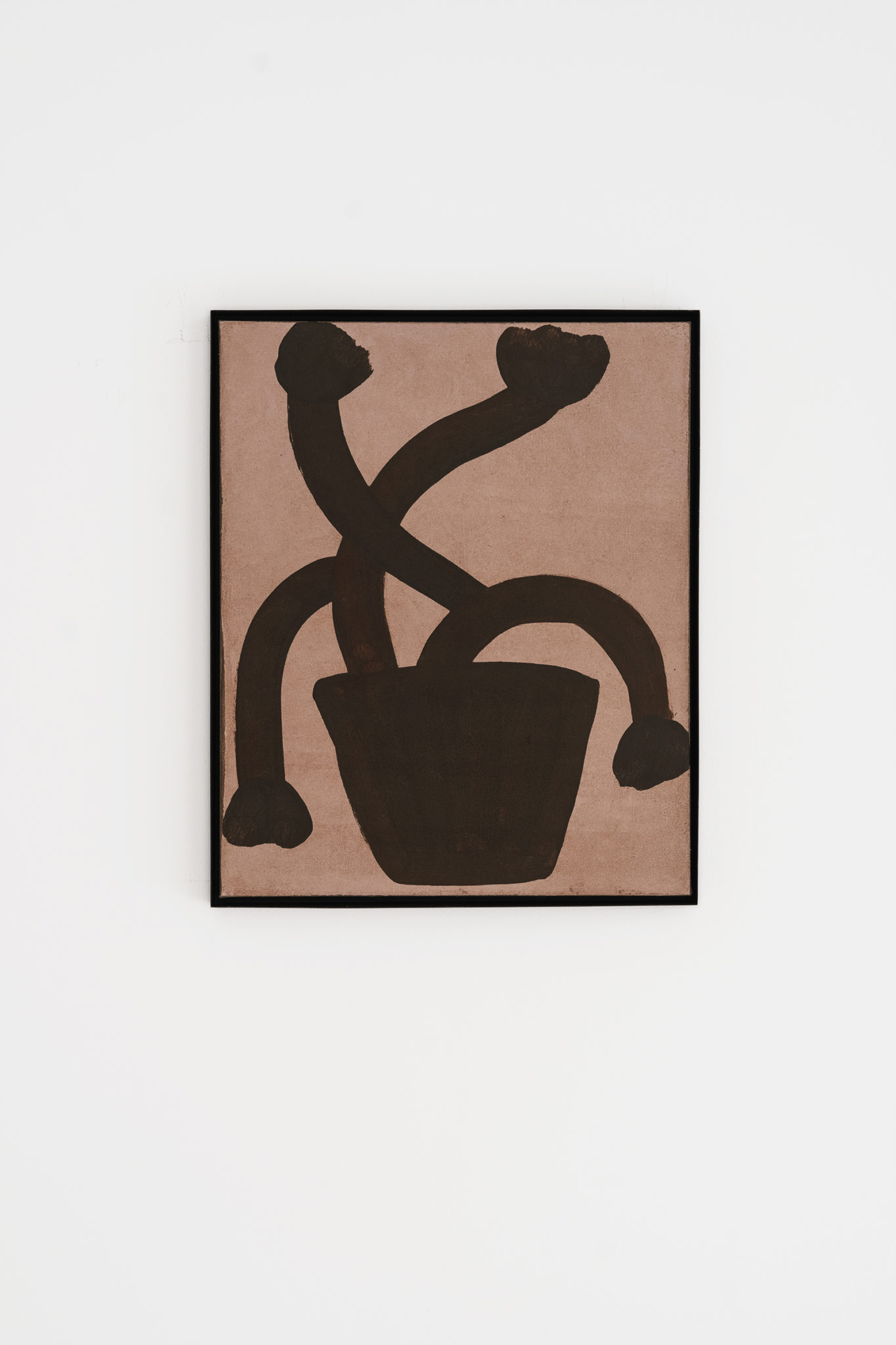 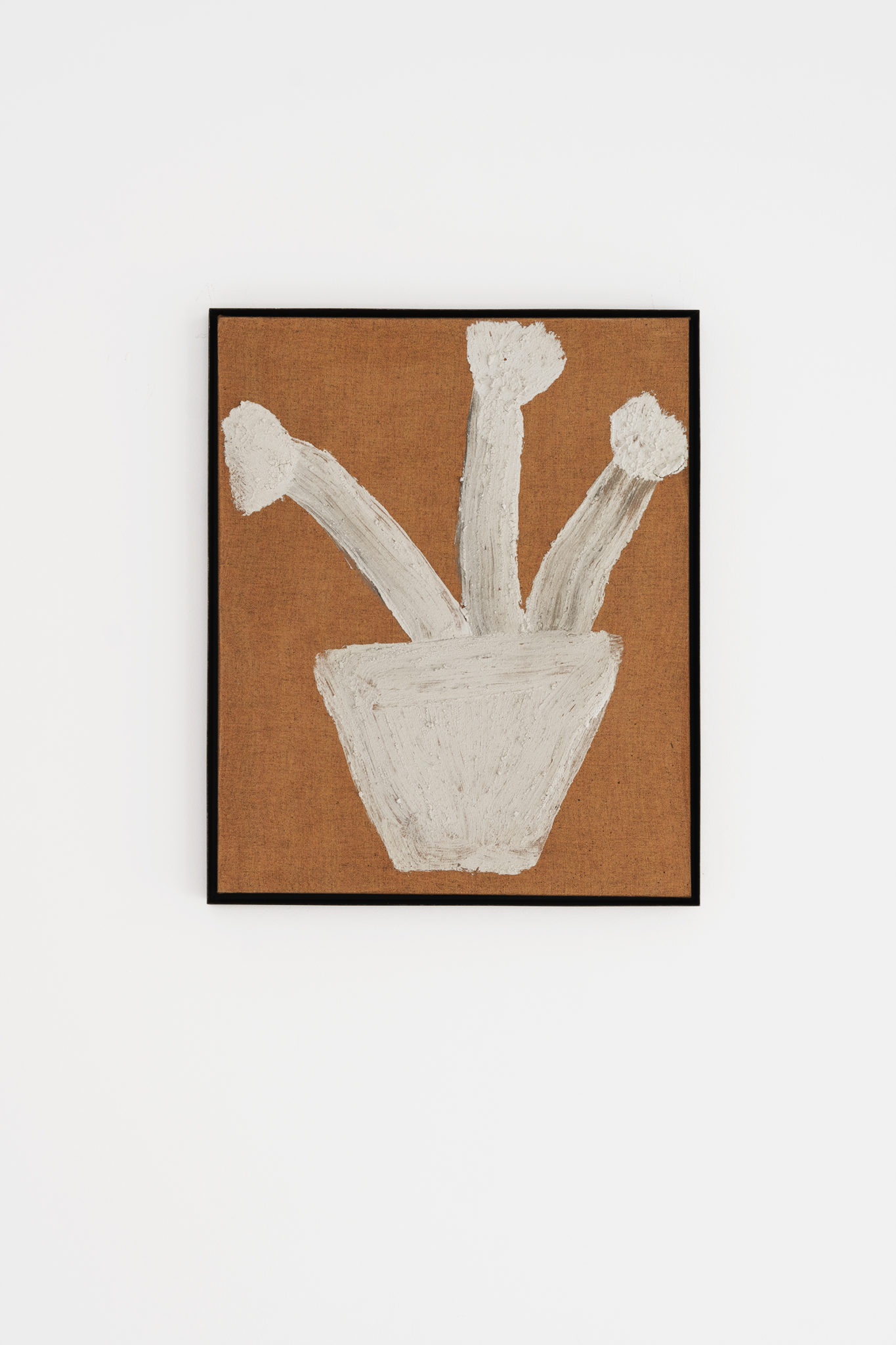 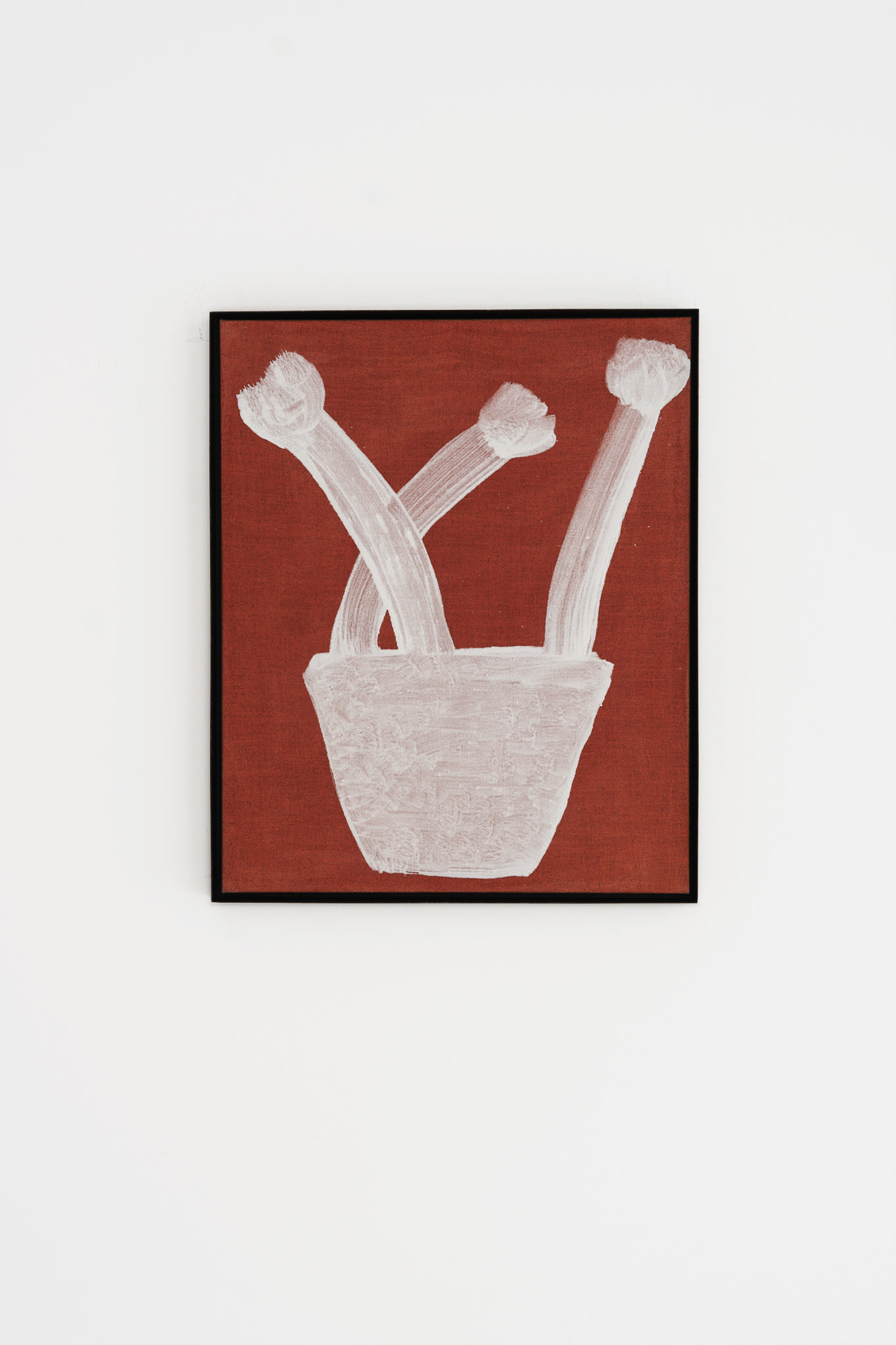 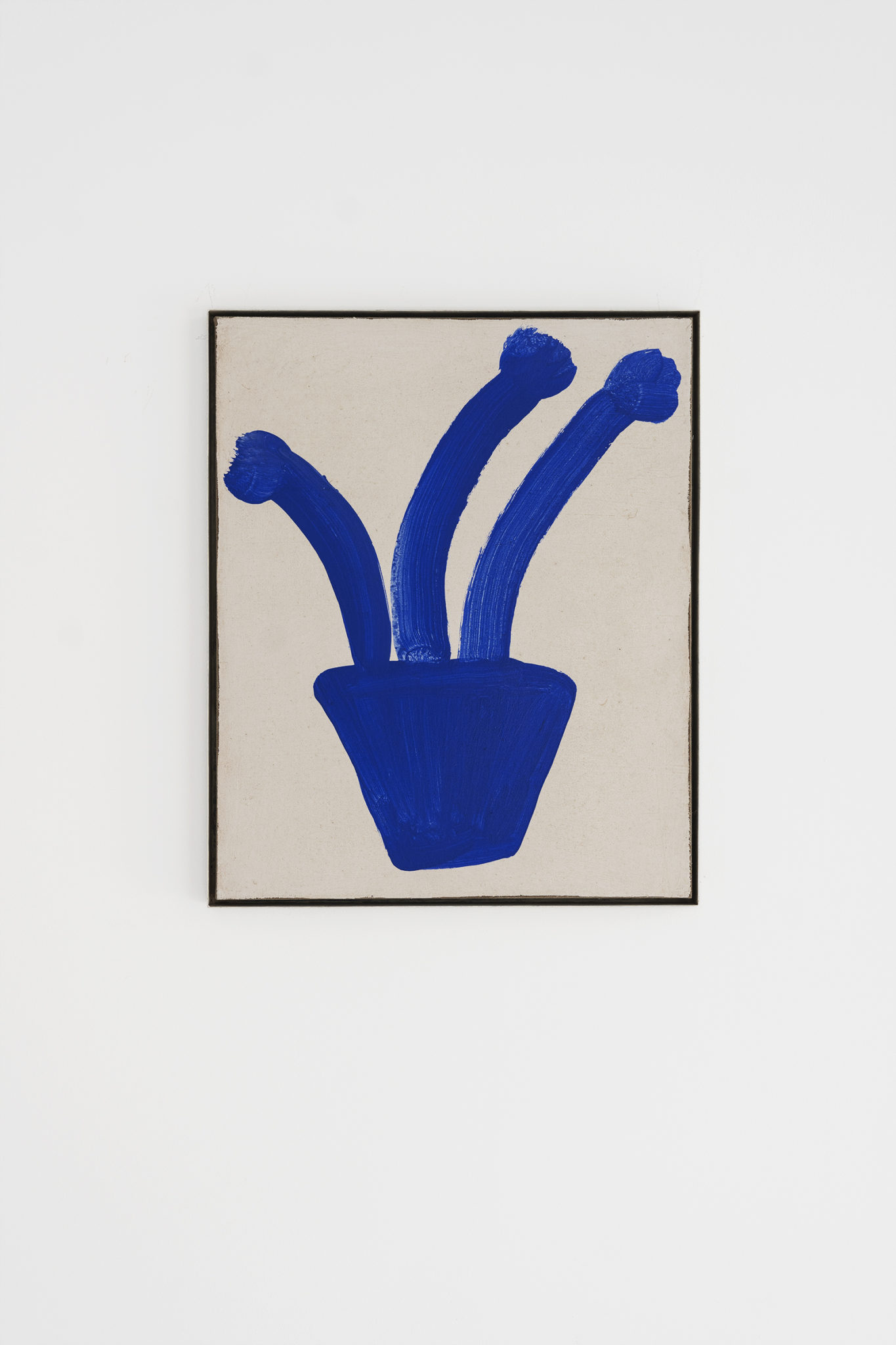 In an exercise in the reduction of the form, our newest artist confronts the spectator with 12 Flowers, the title of his exhibition, repeating the same motif over and over again, to the point of pushing the viewer into a certain discomfort.

Nothing could be further from the truth, this decision calls into question our desire to collect, to possess a story, even if it is only a small fragment of it. By giving the selected form the opportunity to be experienced through different techniques, each piece has the adaptive capacity to generate an exercise of self-consciousness in each of us. 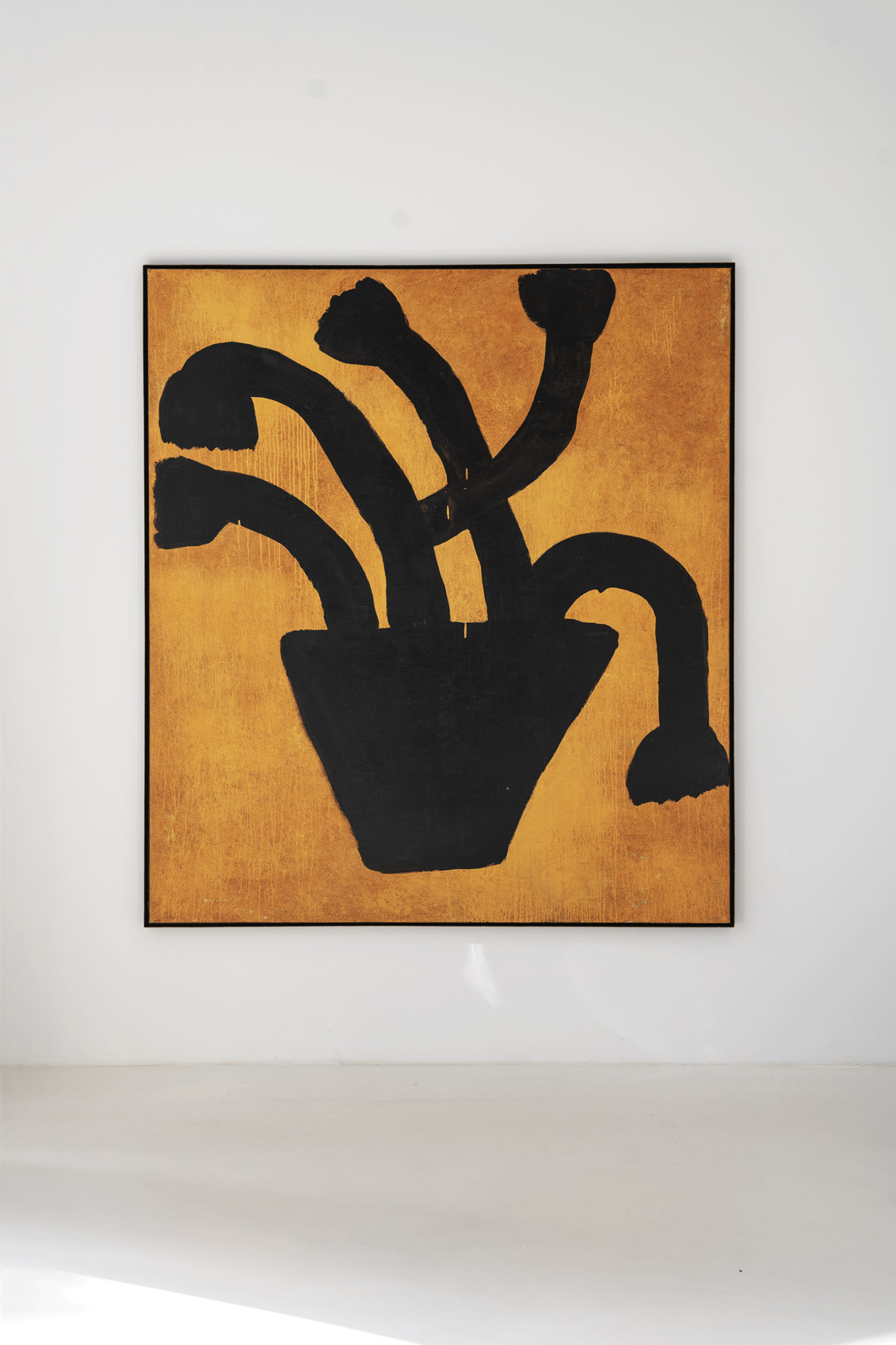 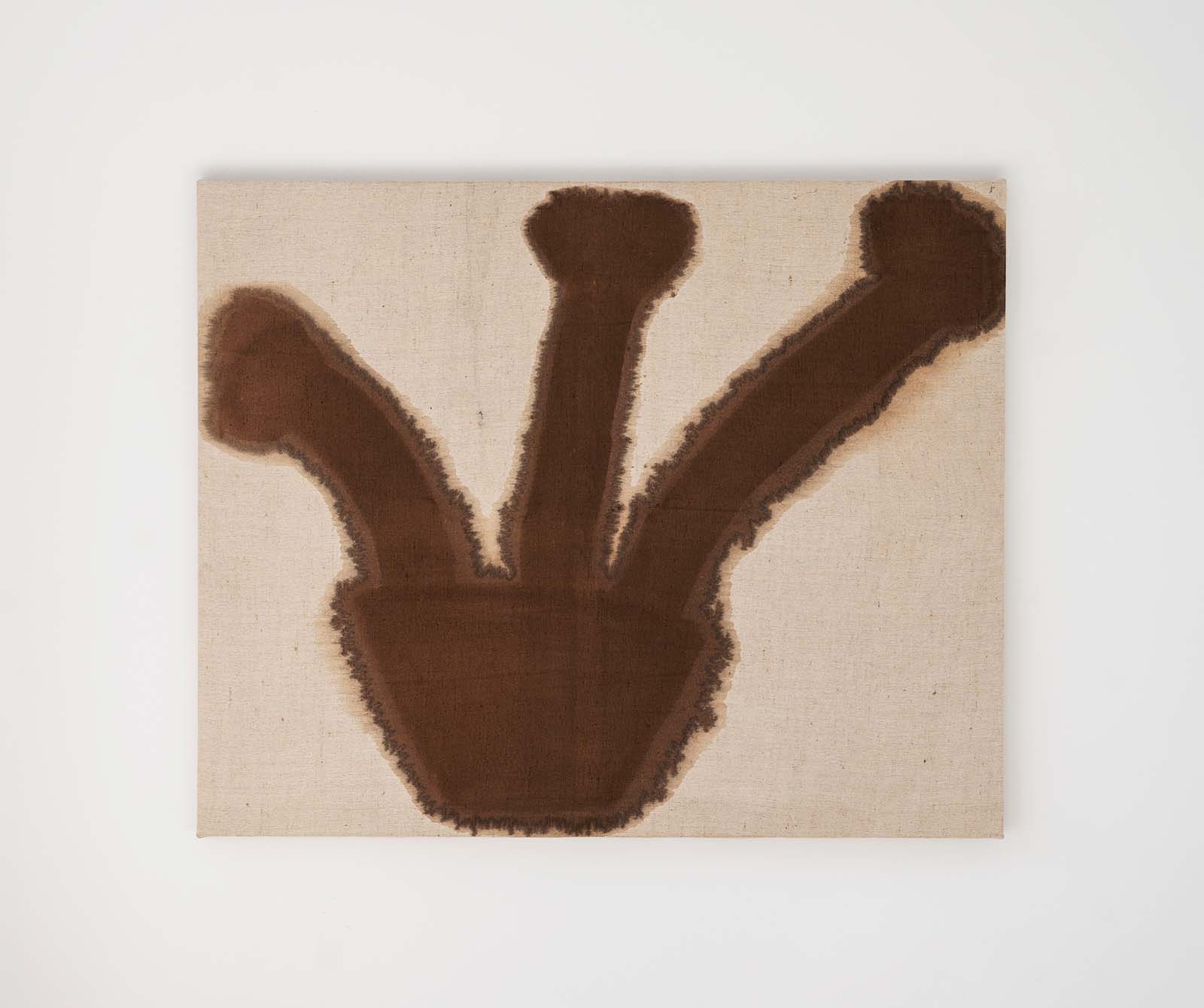 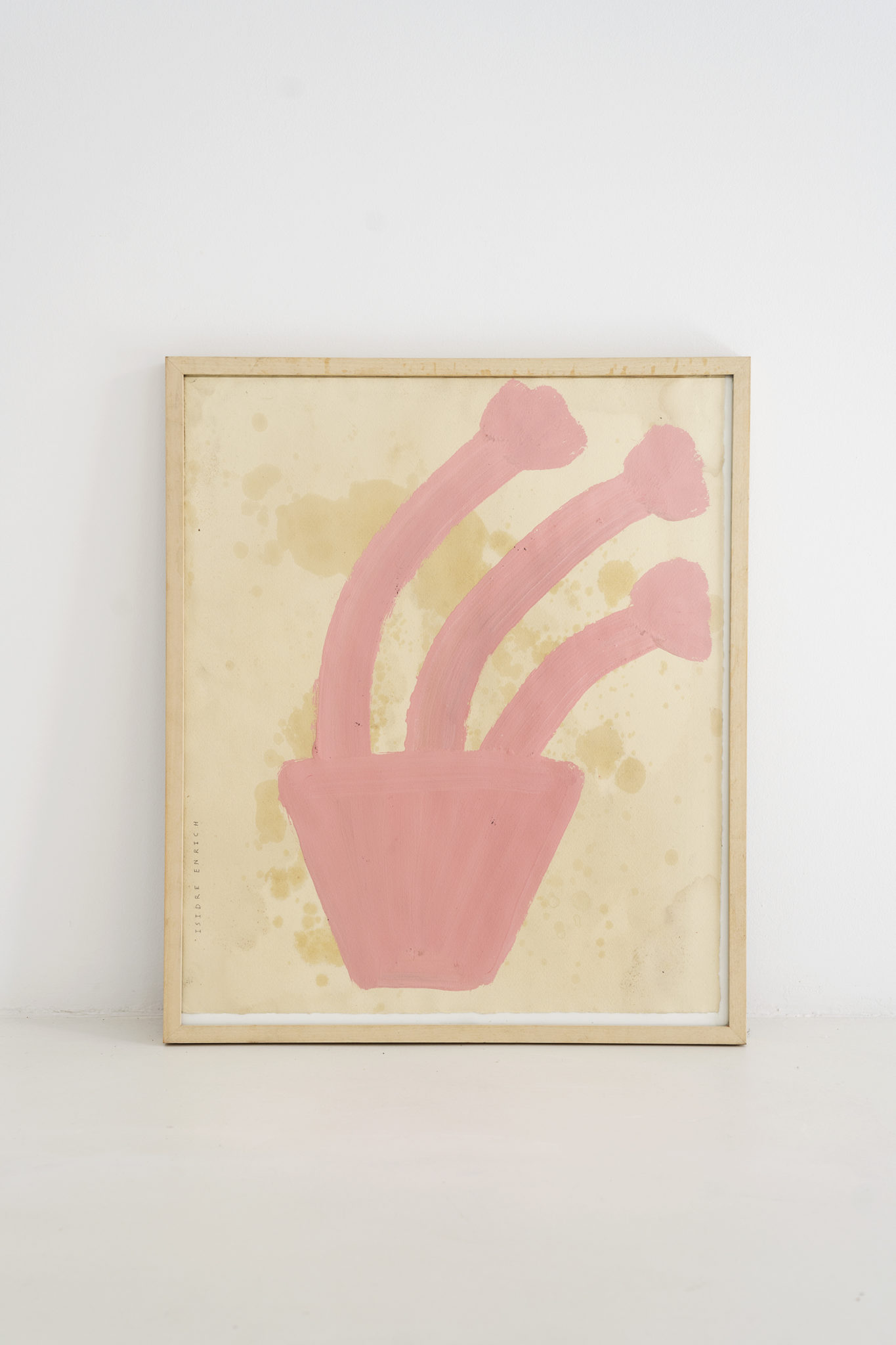 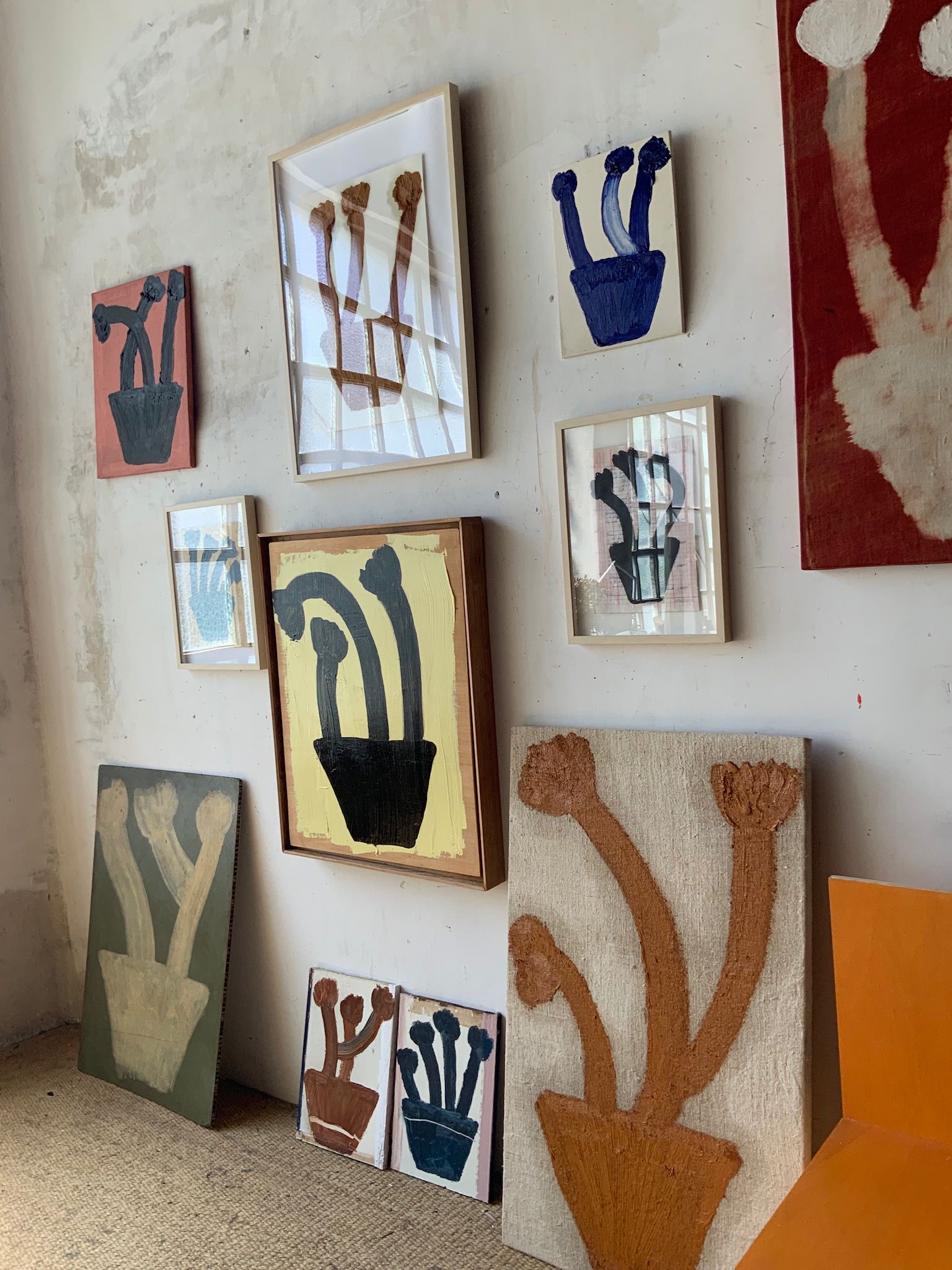 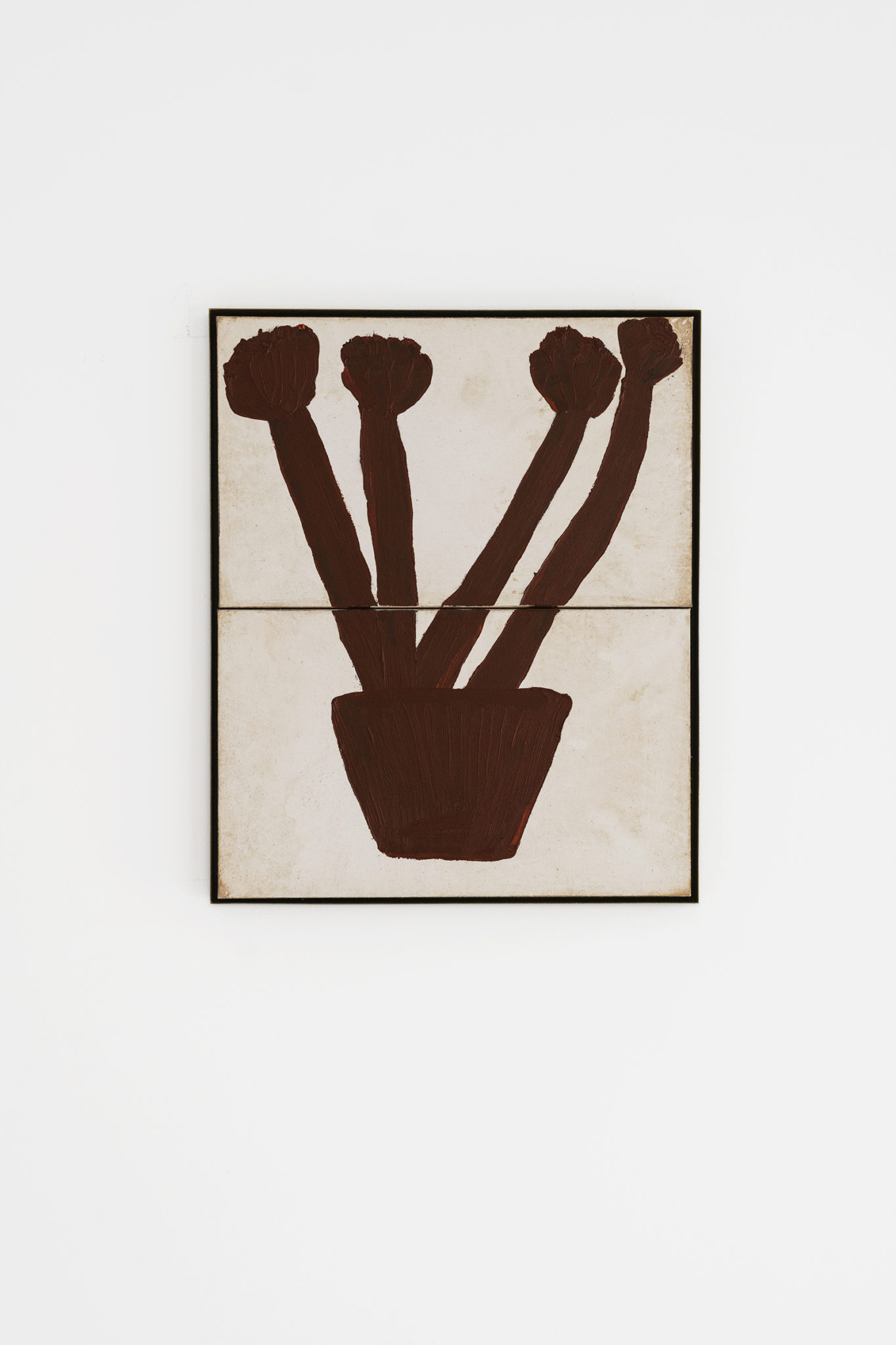 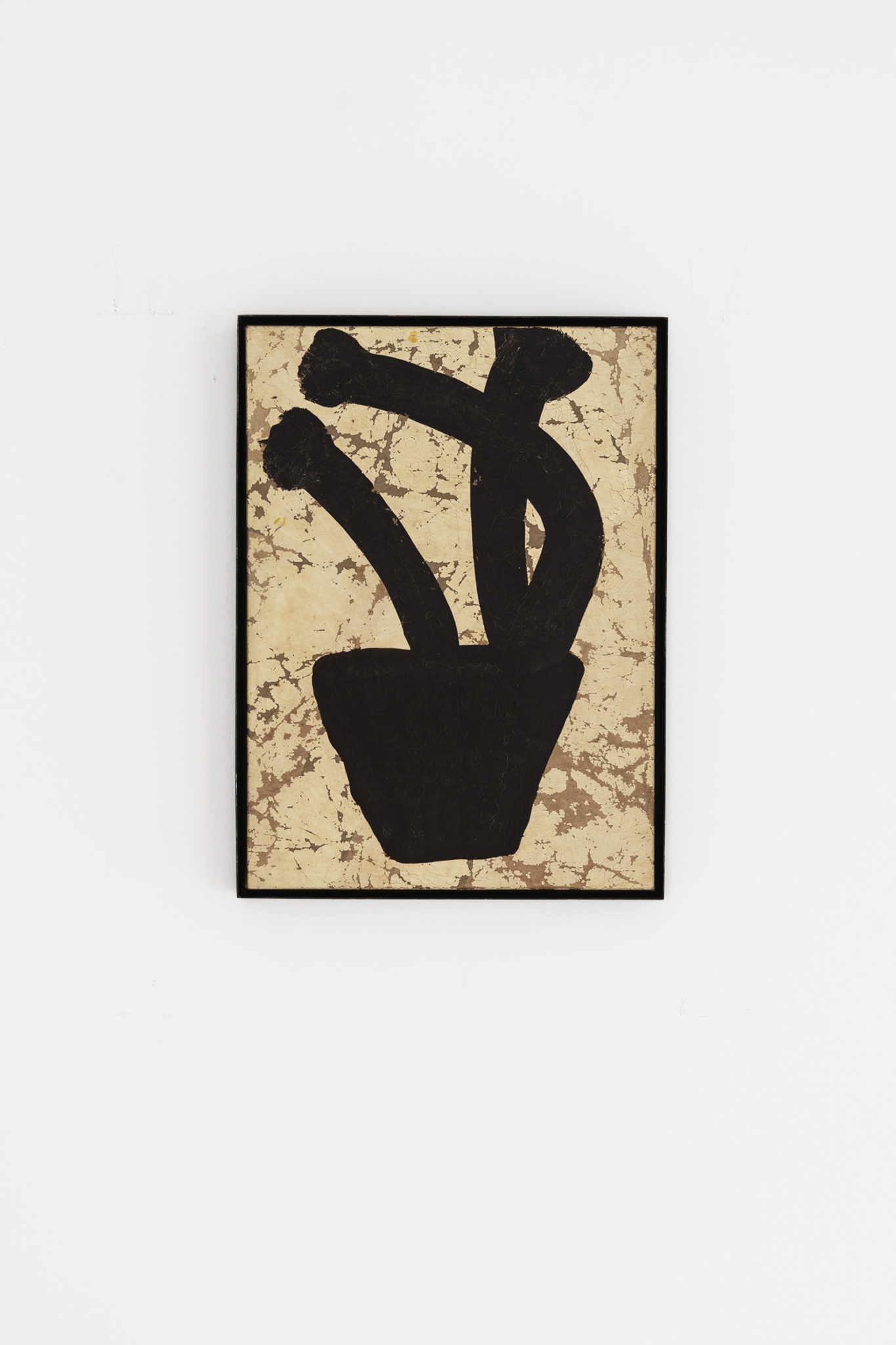 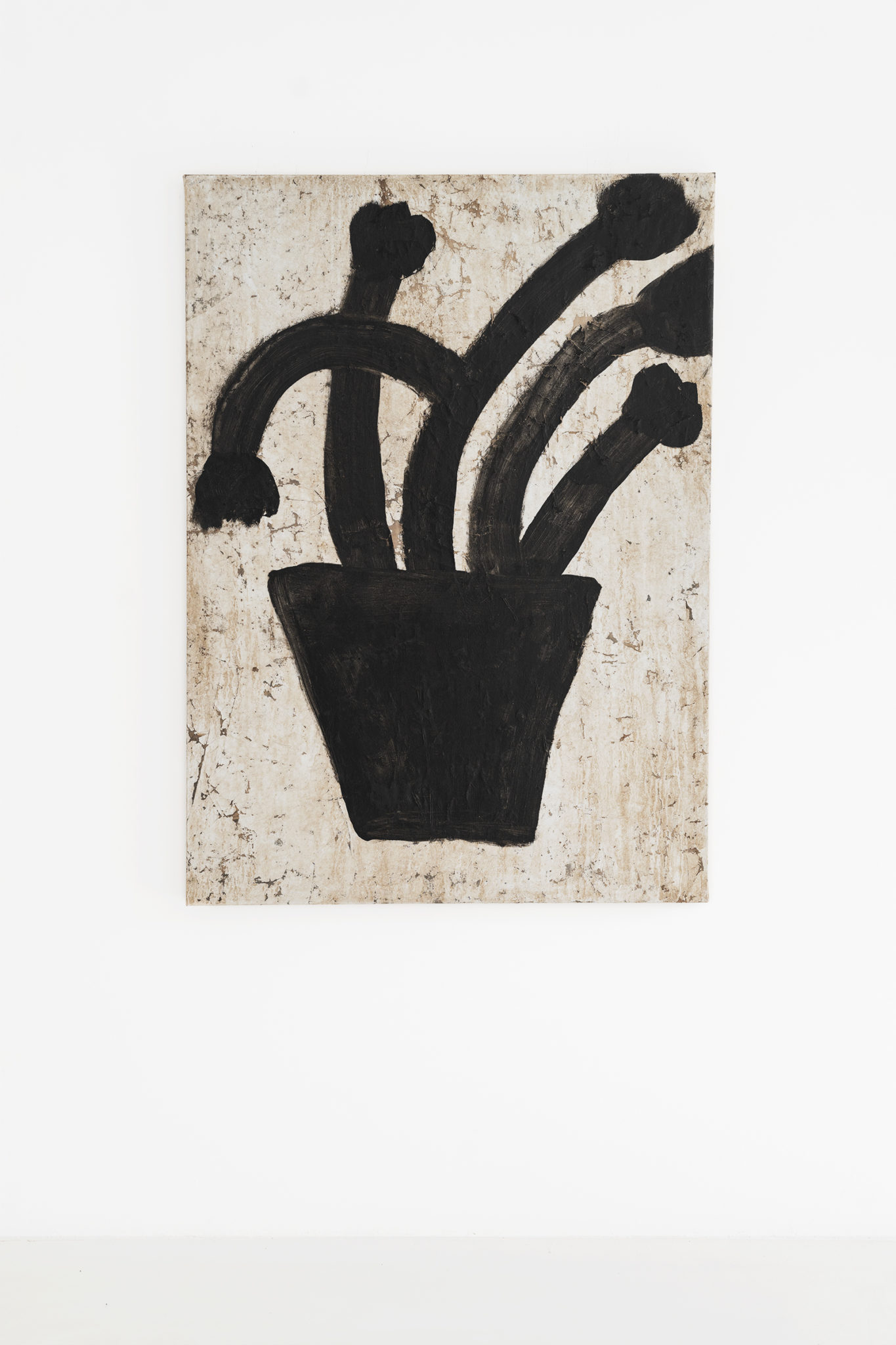 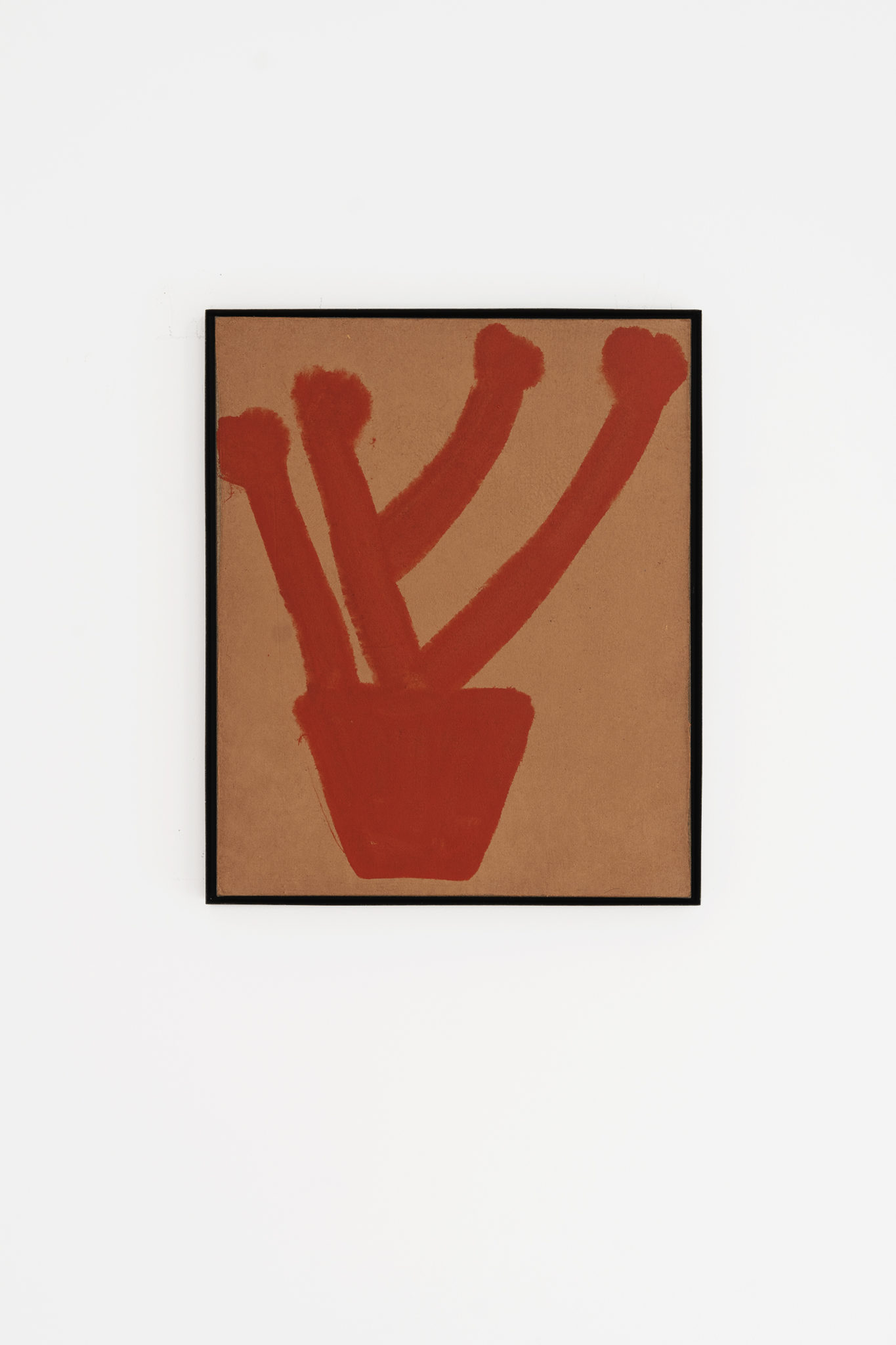 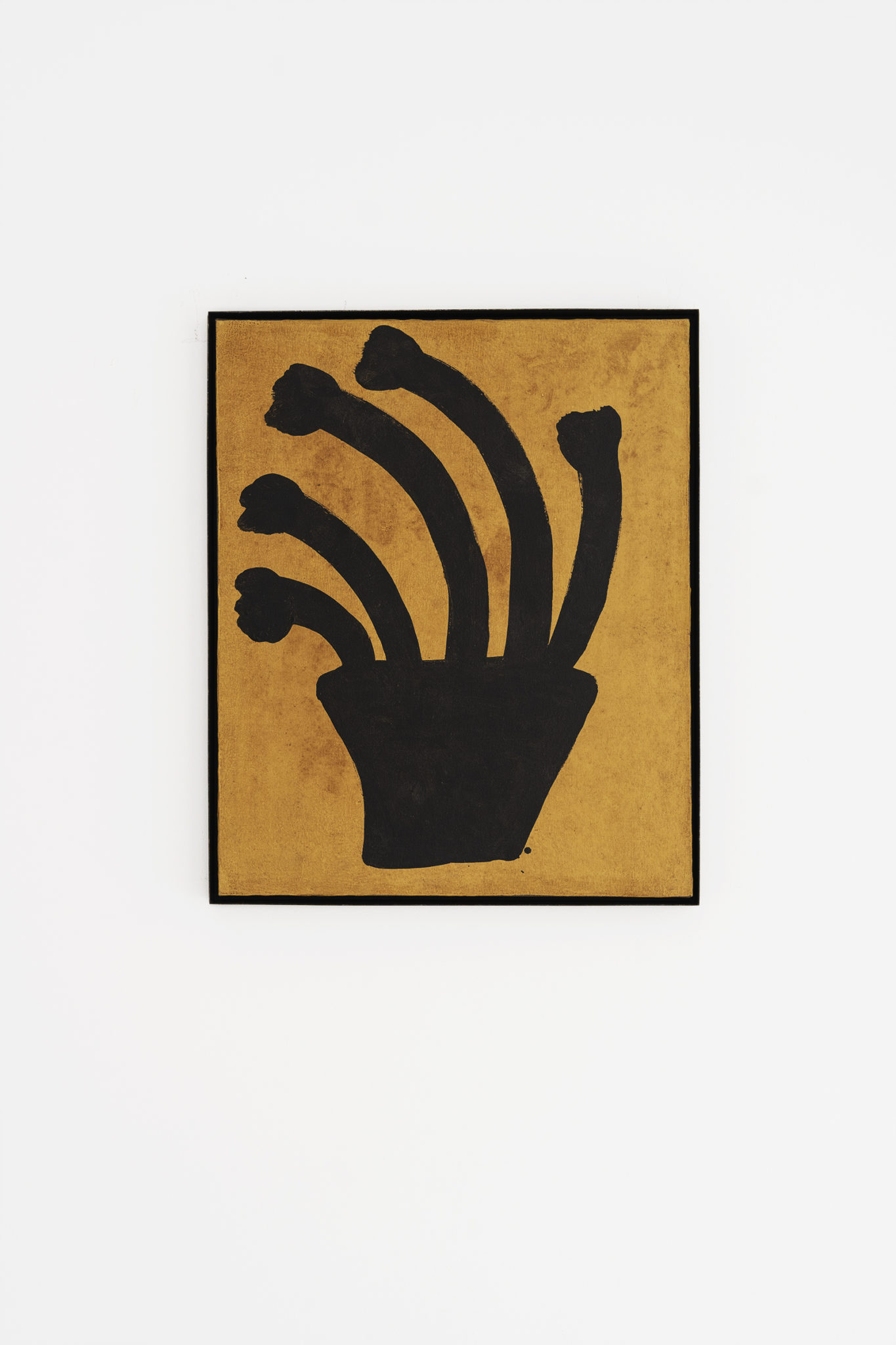 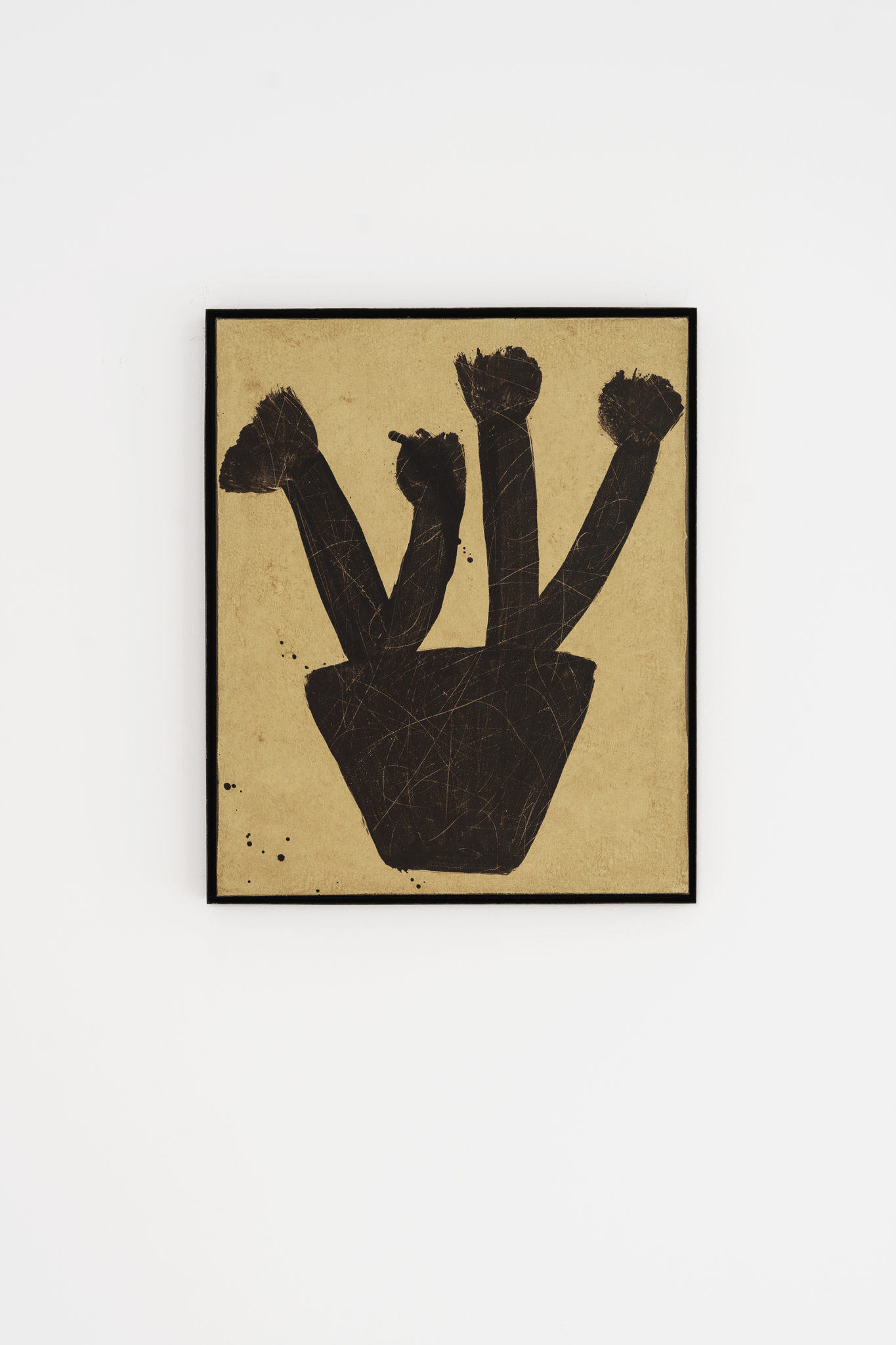 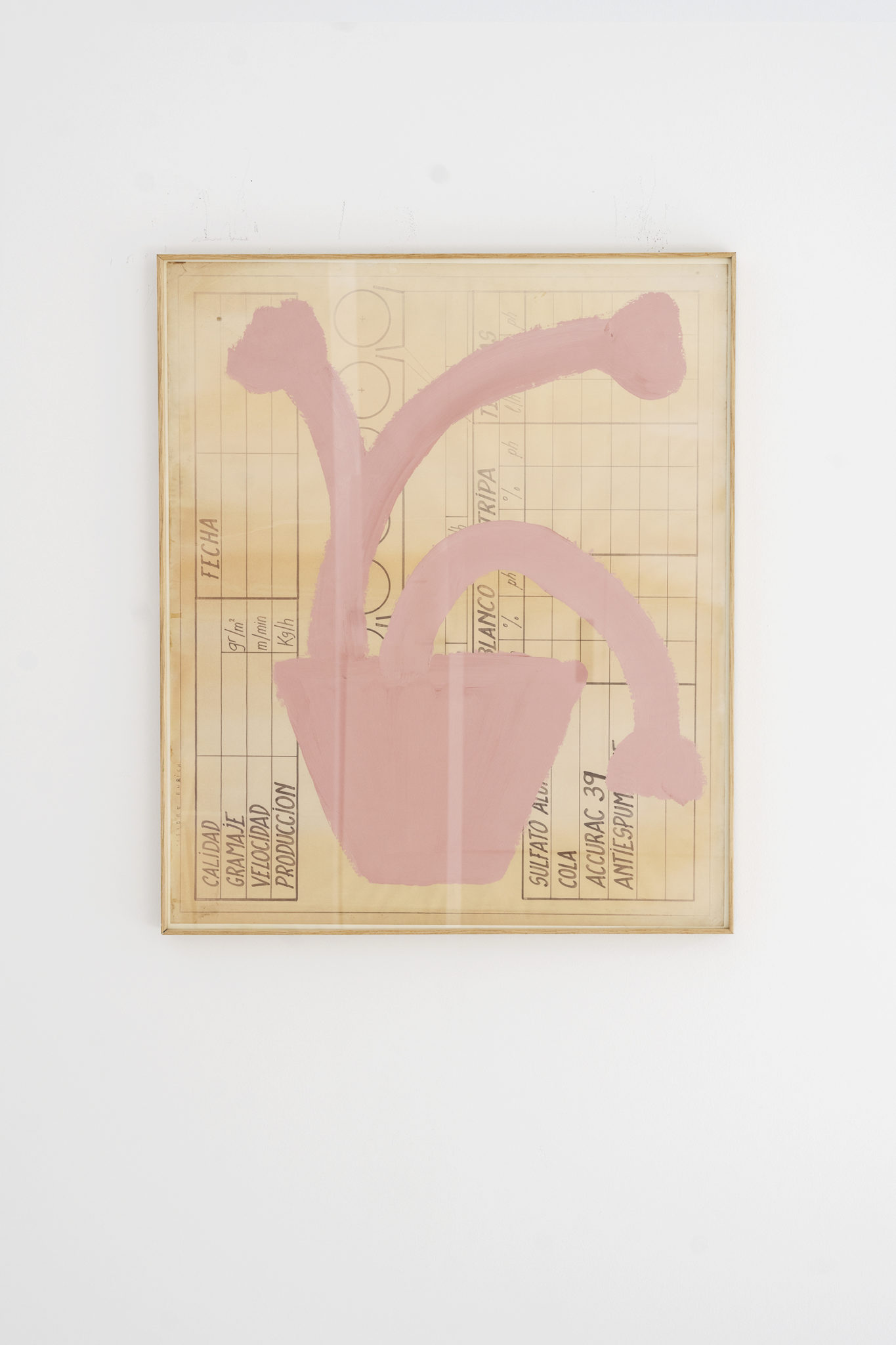 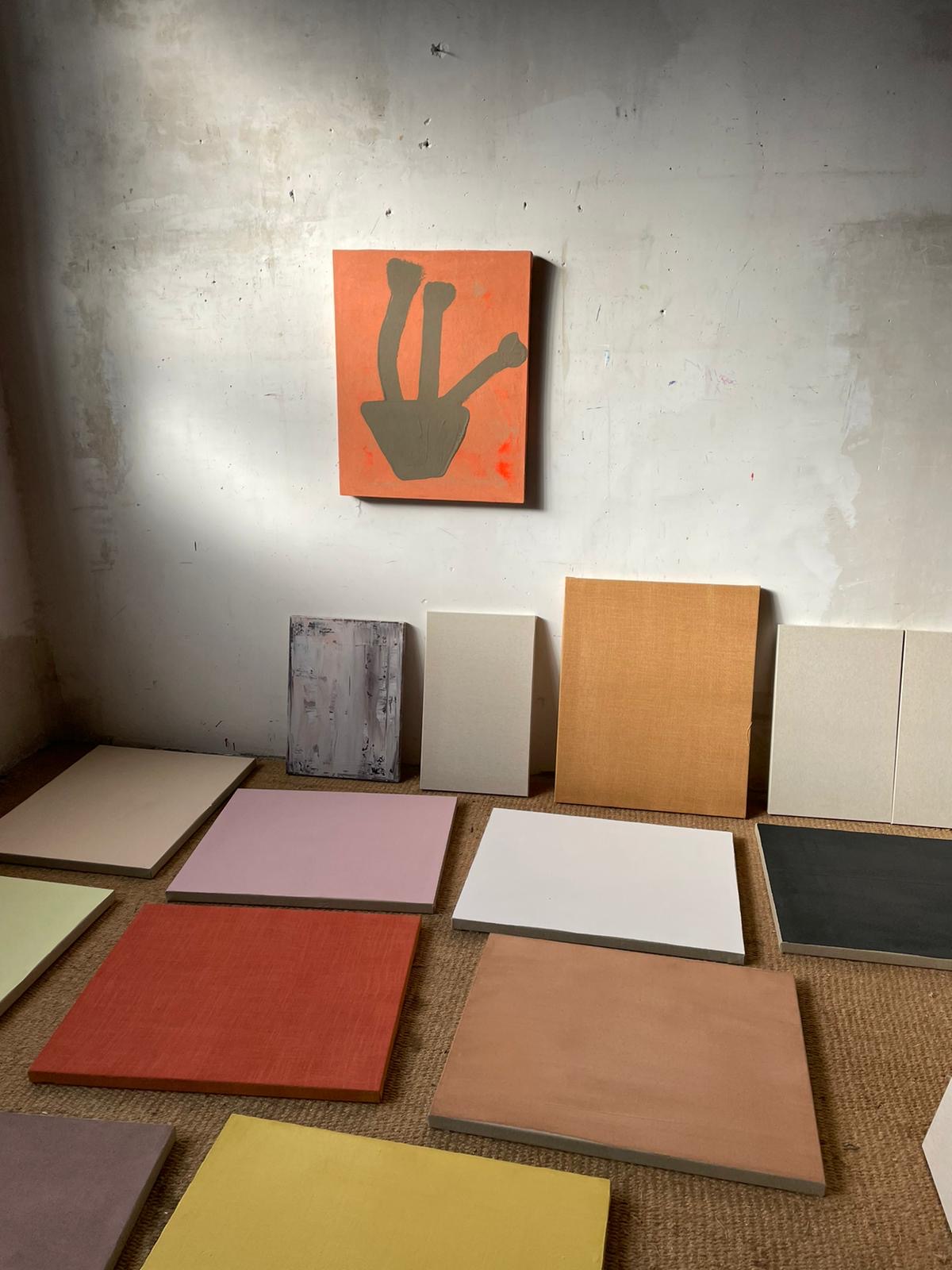 “I know Isidre Enrich’s almost obsessive images, apparently similar, but with an internal tremor that makes them always different. Sensitive paintings that know how to play with the support, with the background, with the matter of his stroke. I know these images and I like them. I like them very much. I see a spontaneity of gesture and a powerful plastic mania. Plants in a pot. Powerful stems that dialogue, that bloom in a world that is not quite real. But that works to become one in our brain.

The obsession of the painter wants to possess us and succeeds. We end up giving him everything. And we discover in his gestures a tenderness that comes from the icon, from the evoked world, but also and at the same time from the matter with which this icon is sustained. A beginning of drawing, a background, a stroke, become painting. A painting full of subtlety that knows how to put itself on our mind to move us in depth. The almost insulting youth of Isidre Enrich can disconcert us, but the sap that makes his stems tense is something more than youth. It is the strength of the discovery of the world. Of the real world and of the world of form. Isidre Enrich invites us to this powerful celebration of his discovery. And those of us of a certain age feel renewed and encouraged by his vision, his insistence, his imagination, his strength… his grace.” 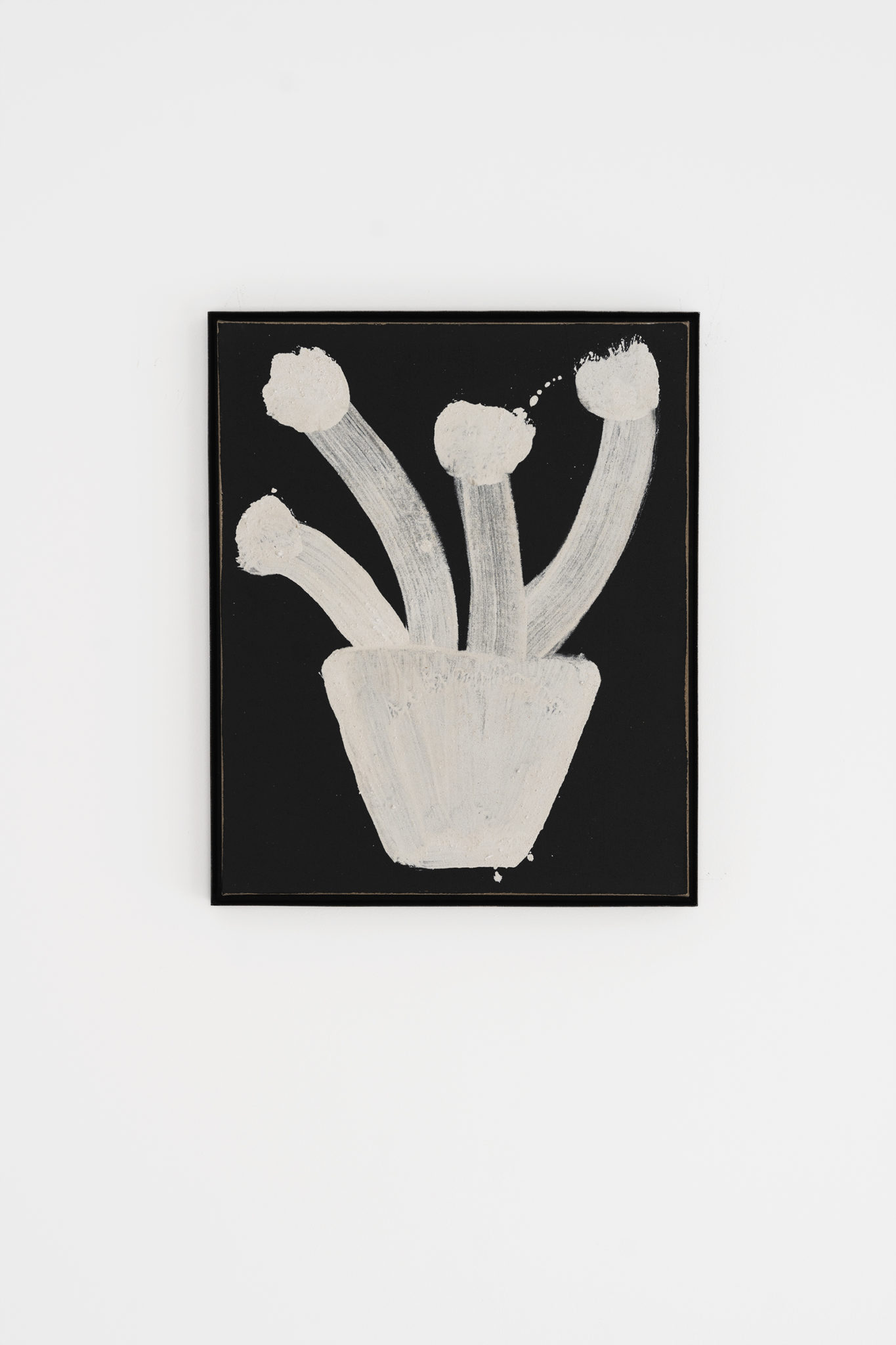 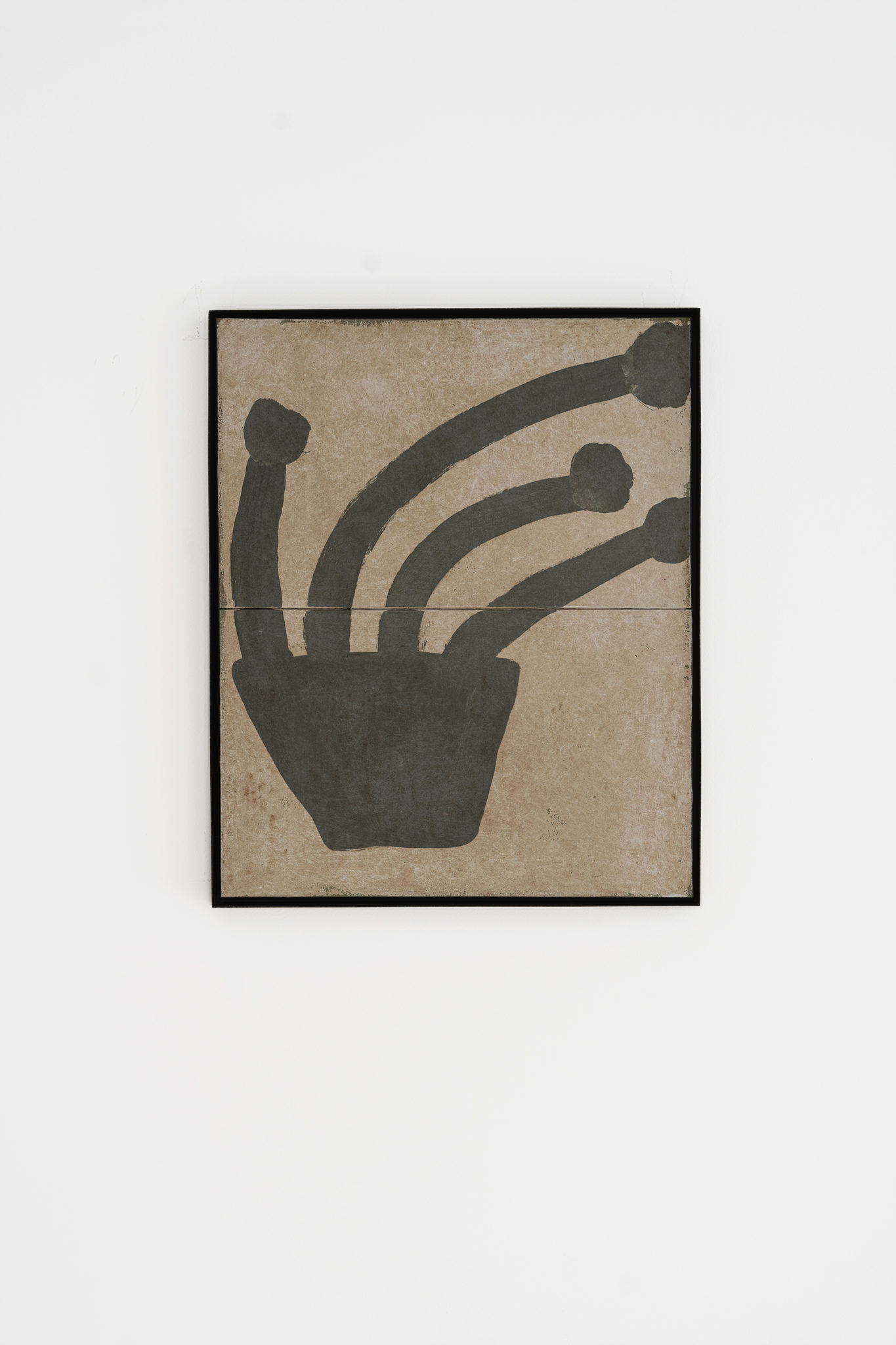 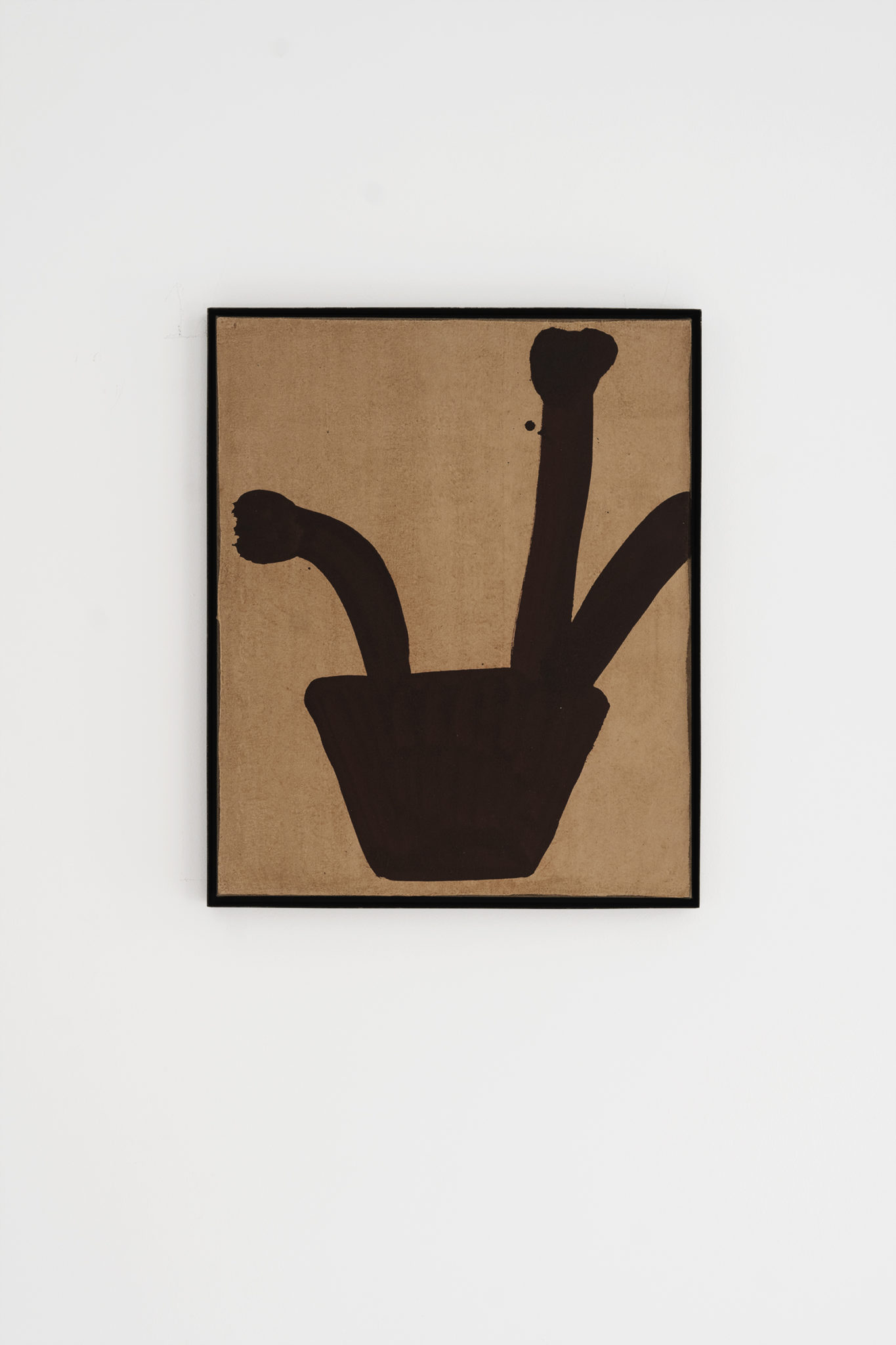