Studying the path of several of the most notable artists in the history of art, it is not unusual to find an abstract artist who, ironically, began his career with an almost perfect mastery of figuration. A week before the end of Richard Zinon’s Solo Exhibition at our Gallery in Madrid, we reflect on his creation, background and the power of the abstraction of his works. 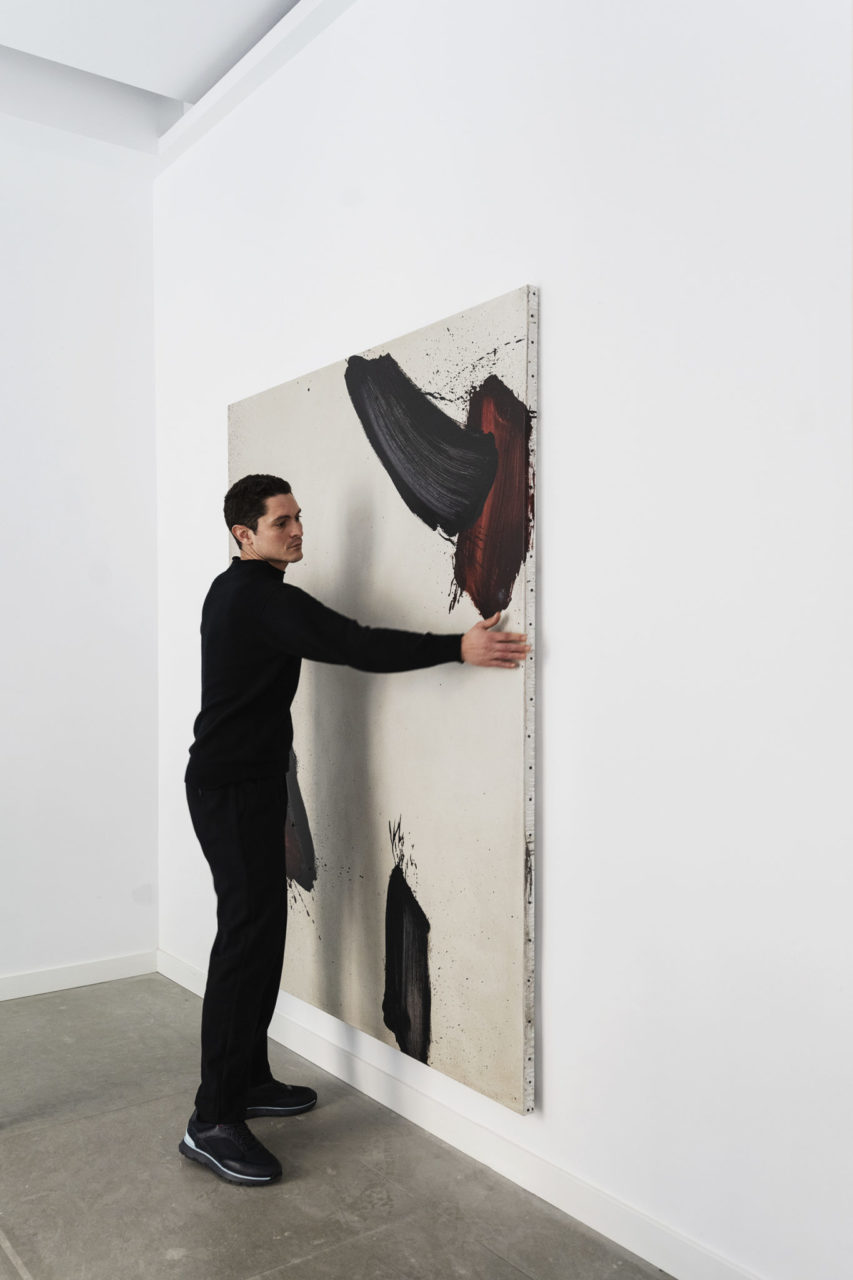 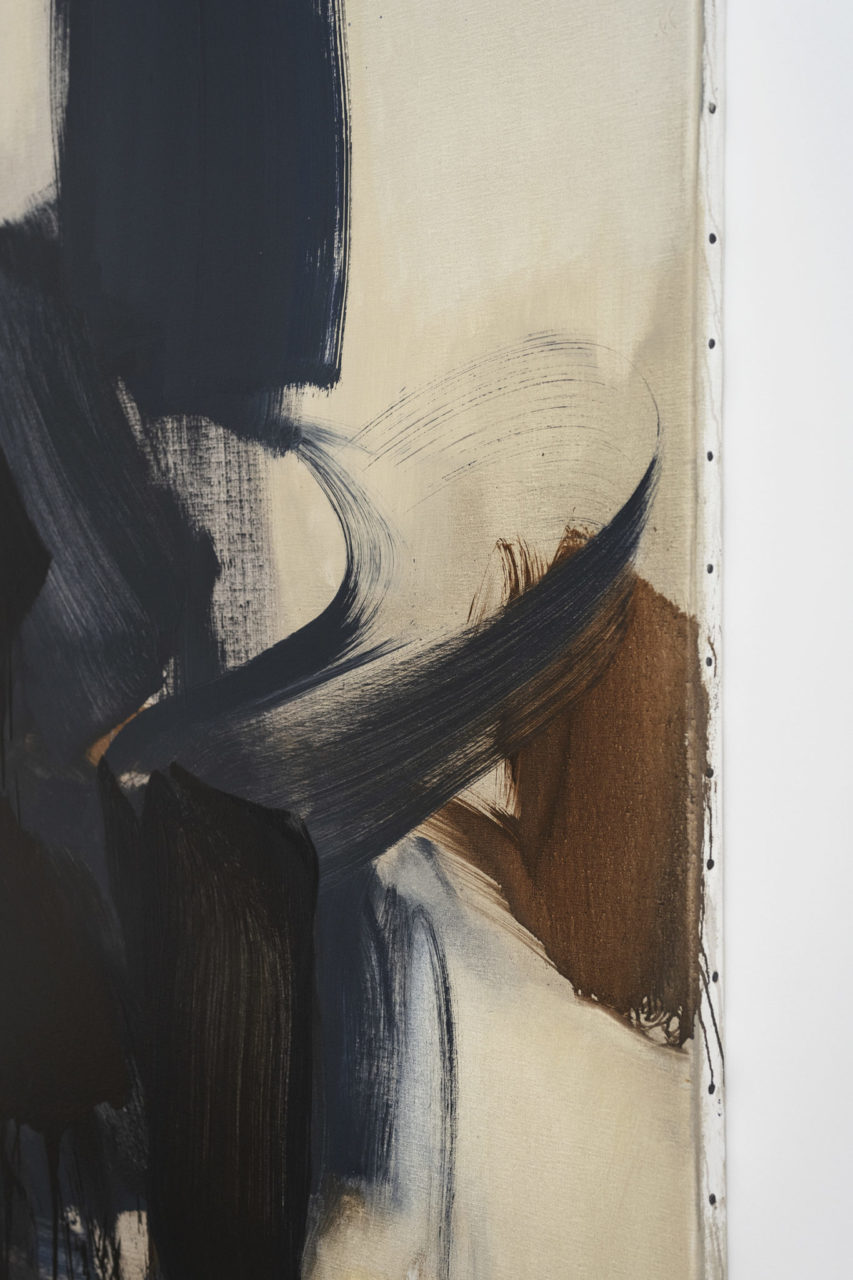 Right: Detail shot of one of the artist’s oil on canvas. Left: Richard sets up his Solo Exhibition at Alzueta Gallery Madrid. 2022.

In 2007 Richard Zinon settled in Florence, Italy and began his studies at the Angel Academy of Art, training in clasical arts following, literally, the educational guidelines of the great masters. The renowned Academia di belle Arti di Firenze followed.
This need to understand the basics led to what it usually comes with learning the rules of the game: breaking them.
And it’s because it comes a time when the physical and visible nature ceases to deliver, and you have to go a step further. Kill the father, get rid of the form, perform an autopsy and extract the essence.

A perfect combination of concentration and freedom, abstract practice has a gift that no other artistic style possesses; there are no restrictions. The lack of reference leaves the mind free to express its deepest ideas, metaphysical insights that in no other way could be represented, for their content does not fit into any existing format in figurative nature. Through abstraction Richard Zinon expresses what nature is not. That is why during his creative process he tries to avoid any external stimulus. This isolation allows intuition to guide the brushstrokes of his works, since the important thing is not what the painting says but that what it manifests has some meaning. All the content of the painting will emerge from the conversation that takes place between the painting and the viewer. A painting lives in company, expanding and enlivening before the eyes of a sensitive receiver. Contaminating it with outside references, though, by telling the artist’s story in more detail, would restrict the viewer’s experimentation of the artworks.
The more the viewer loses his or her ability to be truly and innocently sensitive, the faster this timeless poignancy of art will die. For now, however, artists like Richard Zinon will defend one brushstroke at a time, the viewer’s ability to both experience and understand the energy with which the piece was originally created and the joy or rage that was encapsulated between the oil and the canvas. 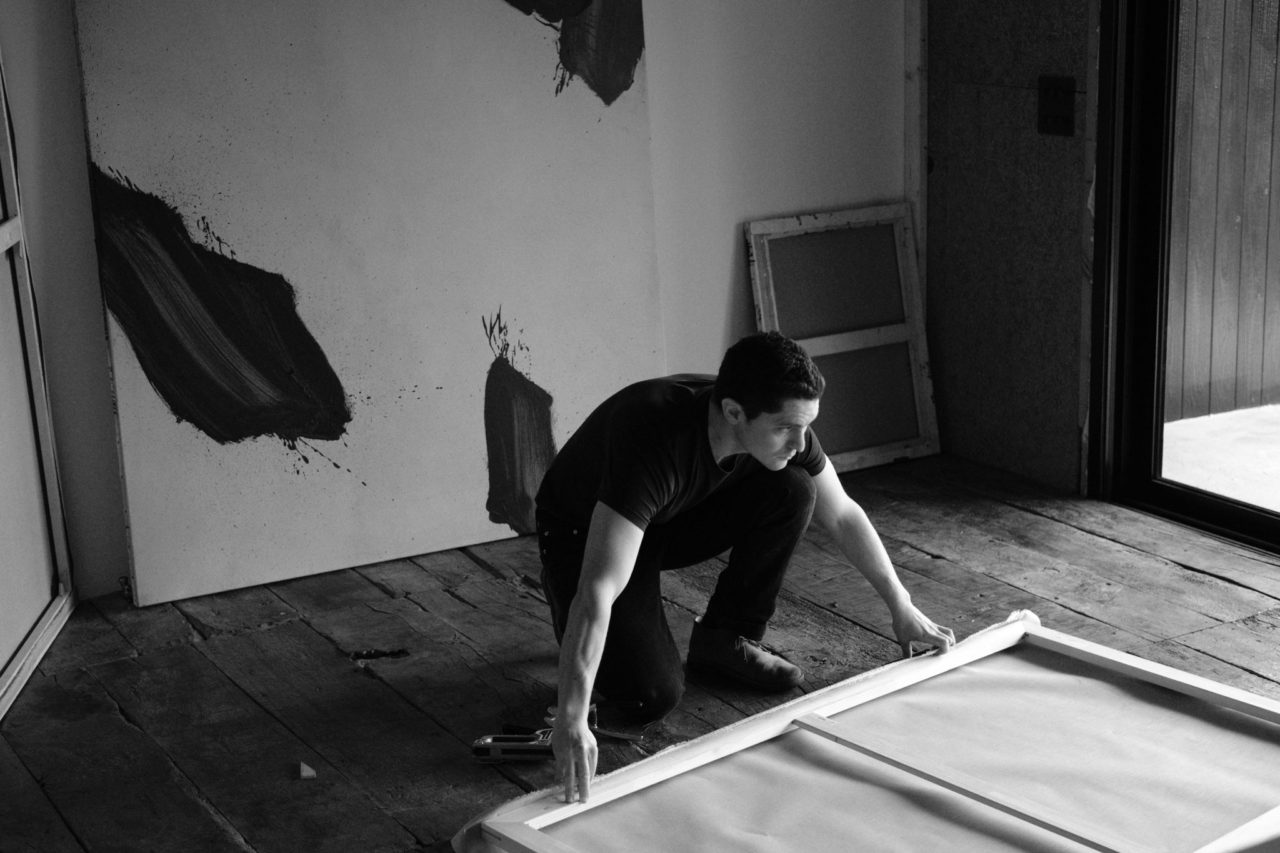 This is the second time that our white walls are dressed with Richard’s works. His exhibition in Spain’s capital has been one of our biggest successes in the new space. And after all this investigation into his career, it’s natural, therefore, to expect Richard’s work to change over time. But it is that evolution what excites us and it is this ability to evolve and bravely shed the familiar to venture on a new path, something we would not miss for the world. For now we invite you to experiment, until February the 15th, the artworks of this Classical Arts Master in disguise.