We are very excited to announce that our represented artist Marria Pratts has been selected by curator Hiuwai Chu, as one of the most relevant artists of Spain’s Contemporary Art scene.

Panorama, the triennial-type proposal the Museum of Contemporary Art of Barcelona has carried out, puts into focus the current artistic and aesthetic practices of the city and an opportunity to witness emerging art live and personal; the works are intertwined becoming ‘fieldnotes’ that point and connect certain concerns around the image that the city has of itself, and the concepts of repair and belonging or gender dissidence.

For this first edition, Apunts per a un incendi dels ulls, Marria created an original big format painting titled Sento una música dintre del cap (Transformació d’un pensament borrós); that translates to I feel music inside my head (Transformation of a blurry thought) which can be interpreted as a challenge to the structures of our society, to the contradictions that permeate the urban landscape and to the challenges of living under the constant threat of gentrification. With her instinct for artistic creation, Marria conveys an encouraging sense of spontaneous, free and pink resilience.

Maria works mostly with canvases. Naked, she intervenes them with striking colors, an assemblage of chaotically ordered words and finally pairs them with neon lights, giving a colorful and optimistic halo to a narrative that directly attacks the problems and contradictions of our world. She considers herself an outsider, deeply aligned with the Art Brut values, in her work we find sad faces, deformed figures and ghosts, reminding us they are all part of our reality and coexist within us. Marria invites us to be participants in a loud dialogue between happiness and sadness, and how they are both an essential part of us.

Making of Marria Pratts’ artwork for the exhibition. Images by Latitudes and Hiuwai Chu. 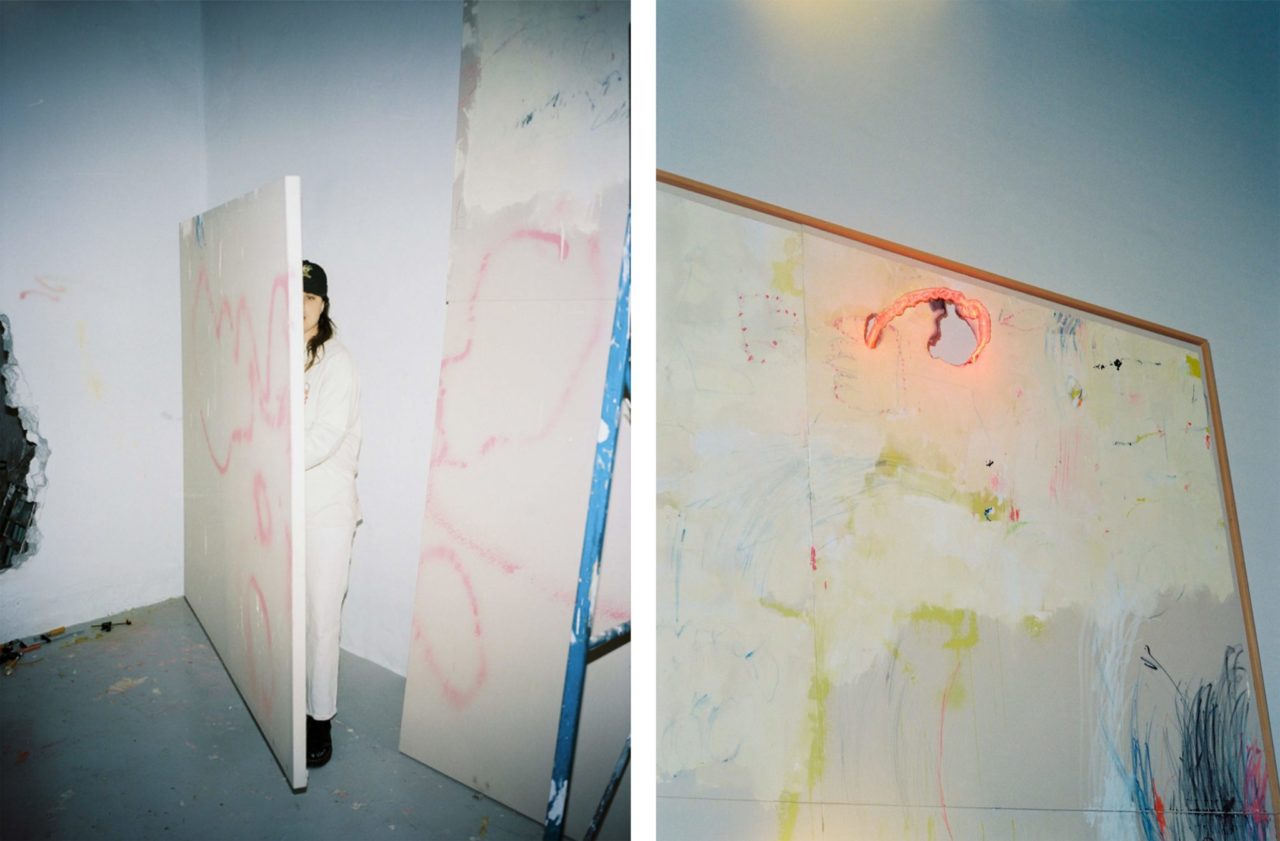 Marria Pratts’ at her studio. 2021. Photography by Dani Pujalte. 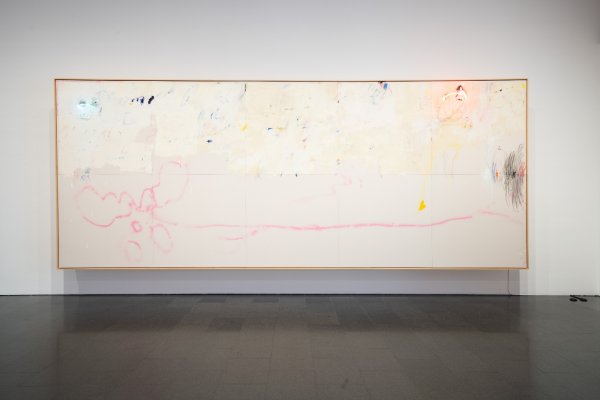