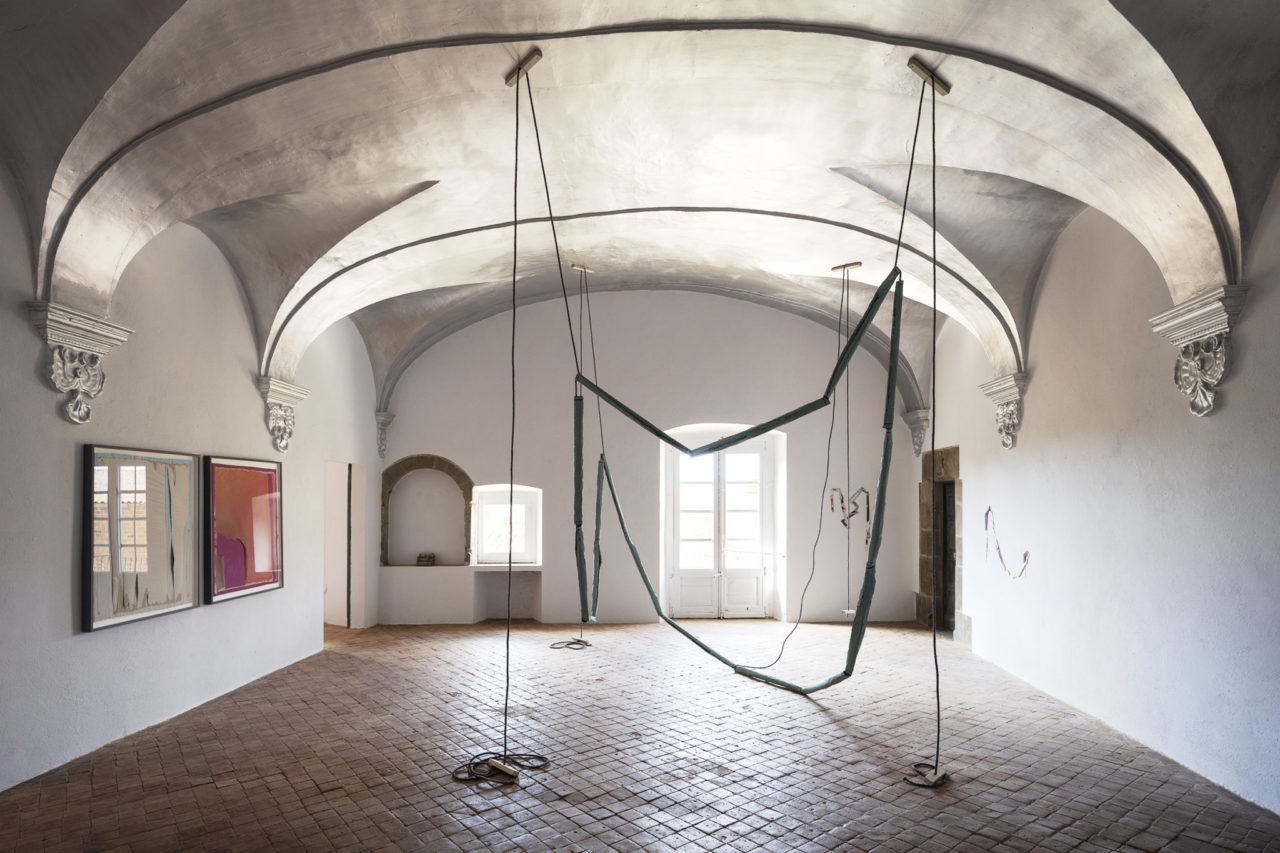 When confronted with the works by Guillermo Mora, the viewer gets mesmerized by the subtle surfaces and lines, bold colors and intriguing pleats. It is often said that good art or good design makes you appreciate its beauty, and not question the process behind its creation. With the work by Mora one can get lost in contemplation, however, the strength and power of his work lies in the inherent hand of the artist. His works, apparently organic and intrinsically plastic, unveil the process of their creation.

In an interview with Spanish artist Miquel Mont, Mora talks about the pictorial gesture, and how as an artist with a cultural and intellectual baggage the gesture is not unique or personal for each artist, as it is part of our collective imaginario and shared with other artists and creators. In Mora’s work, the gesture is filled with references from the tradition of European Painting, where he mostly gets inspired by. 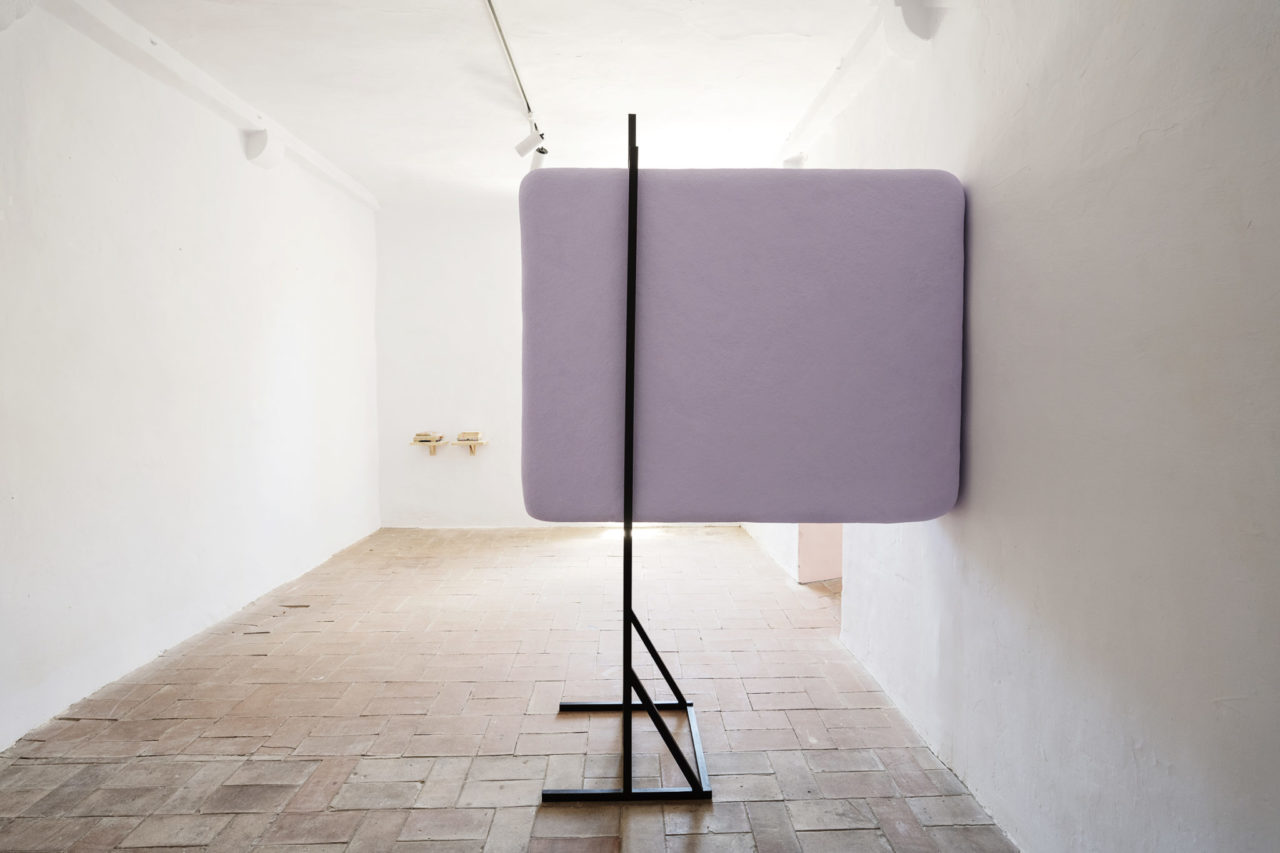 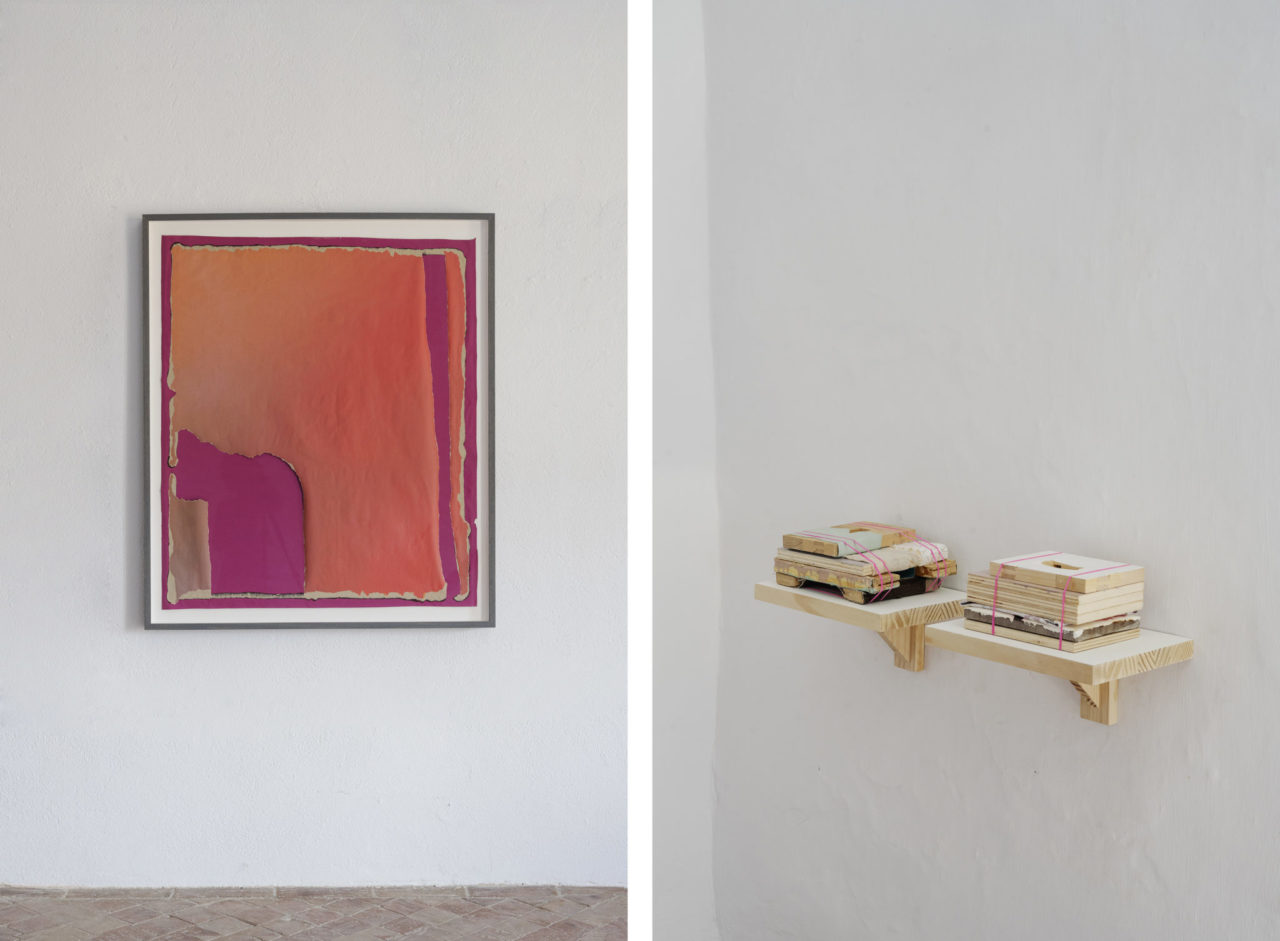 In Spain artists tend to convey a message within their works, as there is the apparent need to tell a story, or for the gesture to communicate something to the viewer, Mora’s work evades the narrative, the Baroque need of storytelling through symbolism, as his work has the autonomy to allow the viewer to make their own projection in the work and to follow their own perceptions.

Mora’s oeuvre revolves around a different type of gesture, not the pictorial one, of the brushstroke and our preconceived idea of Gesturalism, but in the pictorial gesture as a performative action. Constructing the works with his arms, hands, knees and legs, Mora makes evident in his works the importance of the body of the artist when creating a piece, and the balance between the intellectual and manual work. 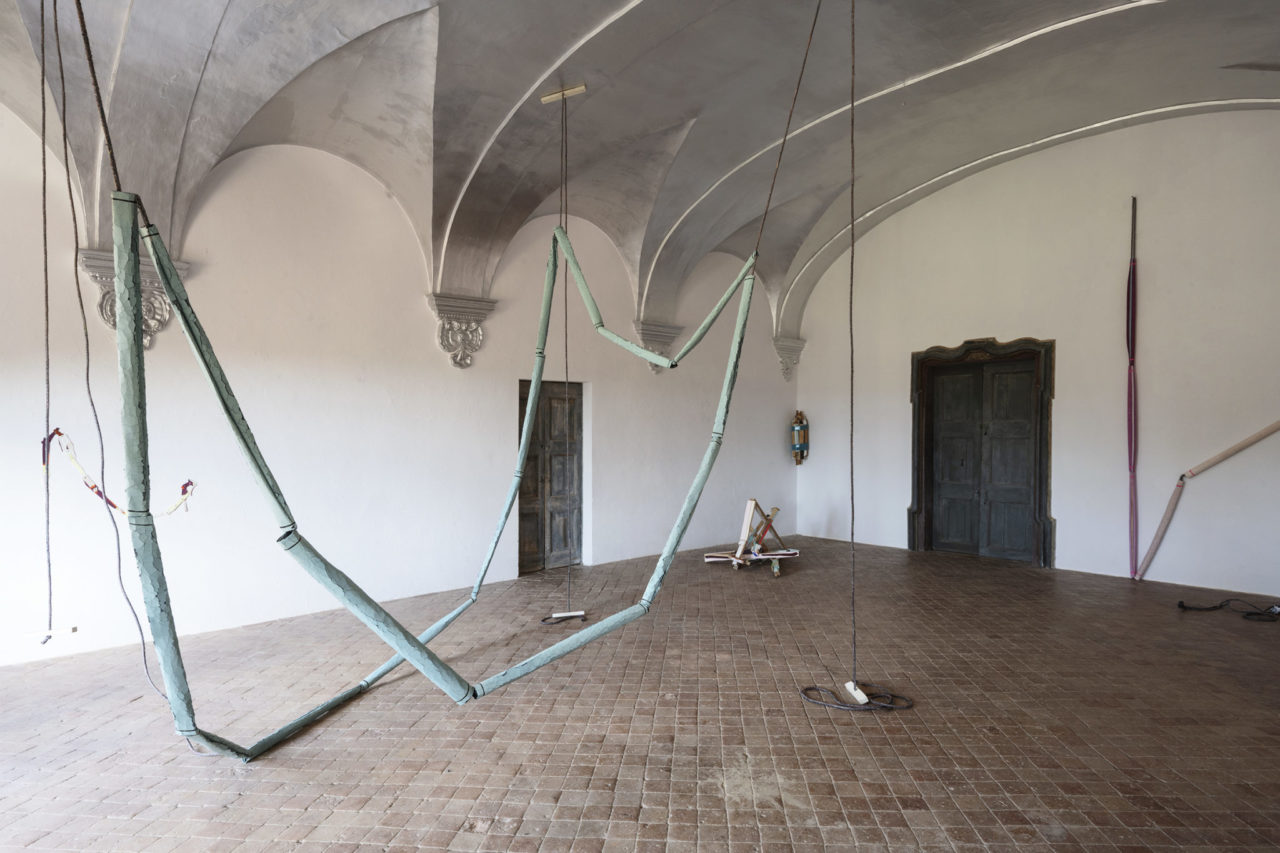 Thus the artworks by the artist makes us meditate not only about the final Art Piece we are looking at, but on the creative and manual process that lead the artist into the creation of the work. The paint as artwork, looking at itself and questioning itself, transformed into an art piece and in constant change, affected by where it is placed.

Normally we try to categorize artists into one artistic field, calling them sculptors, photographers, painters, etc. When asked about his perception, Mora explains that he wishes to not define himself within only one artistic field. Treating the paint as a sculpture or painting, and meditating about the horizontality or verticality of it, the oeuvre by the artist is about the matter persé, without a stretcher or support, and how it uses its surrounding architecture to be completed.

Guillermo Mora’s works are matter transformed through a tacit performative gesture into art. 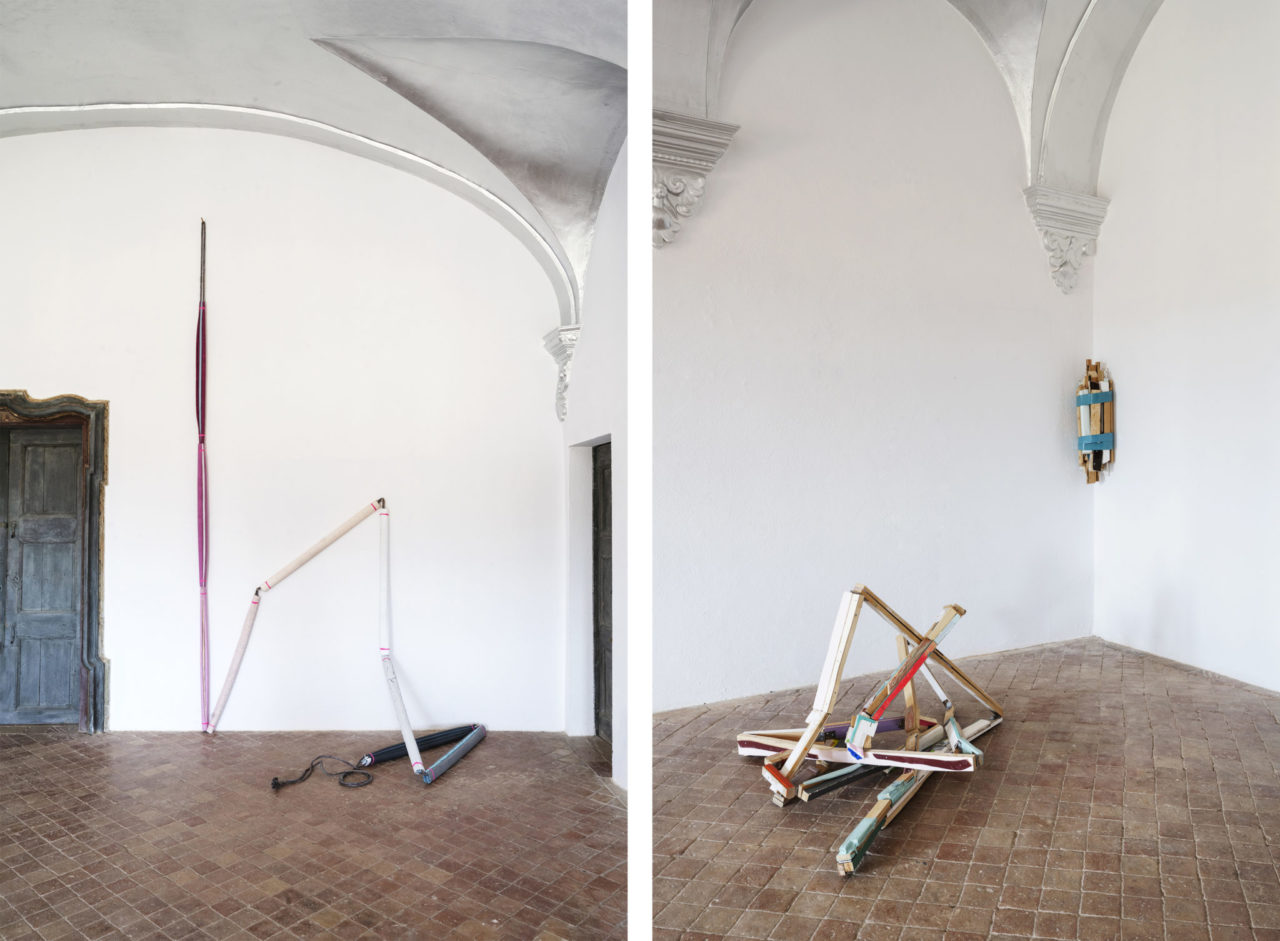 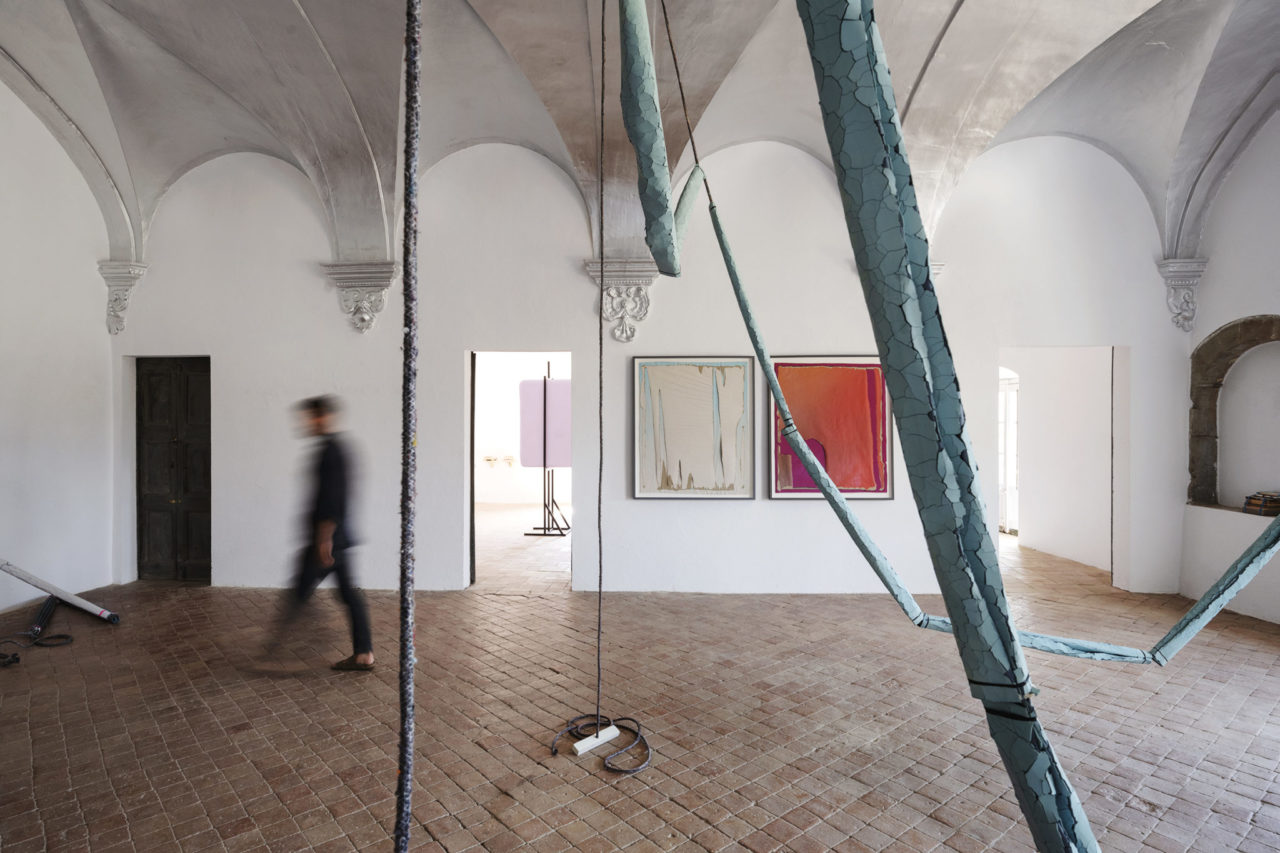